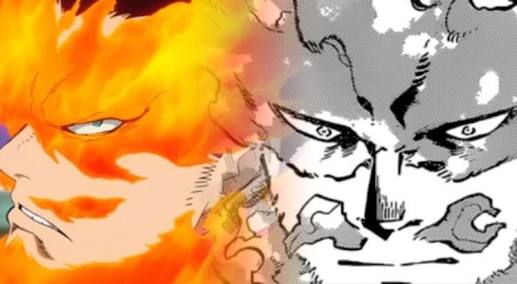 My Hero Academia’s current arc is going way better than I expected it to be. This arc has been totally insane from start to finish, and I think the next chapter is going to be even better because we’re finally very close to seeing who and what ReDestro is. Towards the end of the previous chapter of My Hero Academia, we saw ReDestro on top of his tower, and Twice rushed there to stop him.

Surprisingly, the two are face-to-face and we’re now closing on a fight that might just be the biggest we’ve seen in a long time. Let’s discuss the details on My Hero Academia Chapter 232 in this post!

My Hero Academia Chapter 232 will likely see ReDestro and Twice fight. I think we’re in for a surprise because his quirk will finally be revealed to us. I’m pretty sure that this fight will be lost by Twice.

Twice was also asked to open a way to the tower by Shigaraki, so I think he’s close-by as well. Meanwhile, Machia should be on his way to the place as well. Hawks is also just around the corner and right now, I’m confused as to which side he’s actually on. Hopefully, we’ll find soon enough.