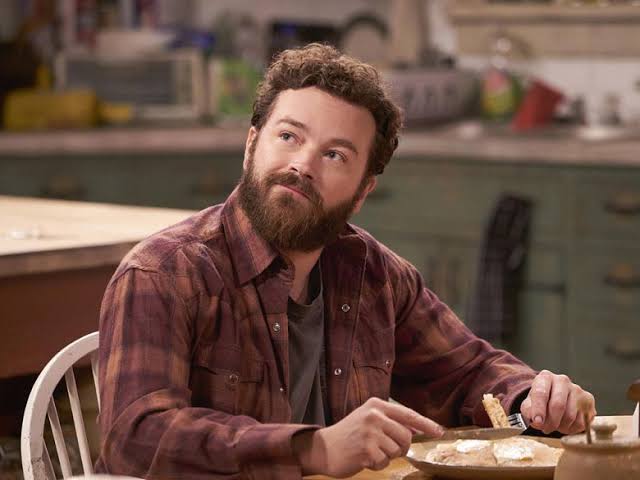 In this post, we are going to talk about Danny Masterson’s return to The Ranch. The show is one of the most important shows for Netflix right now. It is even considered to be as important as other well-known shows such as Orange Is the New Black, House of Cards, and Stranger Things.

The show revolves around a failed football player who returns home to Colorado to aid his brother Rooster (played by Danny Masterson) and his father Beau (played by Sam Elliot) to run the ranch. That is where the story begins, and it gives a whole new experience for viewers. Moreover, Danny Masterson was accused of rape by five women.

So, Netflix had to take actions against him because that reflects Netflix’s stand over these sensitive issues. That is why Netflix fired Masterson immediately, but he had already shot the episodes for the third season (fifth part). At the end of the fifth season, he was forced to leave the village by his ex’s boyfriend. Now that was a controversial exit of a character because that has a possibility of him returning.

Although Netflix might never want to bring him back because that might be a big mess, they will have to justify why they did not just kill him off. So, it seems like there is still room of a return of Masterson. Recently, the sixth season released, and Masterson also posted about it on Instagram, take a look at it below!

It seemed like a good gesture, and there is a possibility of his character to return. However, Netflix might take any other actor to play the role and take chances. Nevertheless, Masterson’s return seems next to impossible, but you never know what is waiting ahead. So, we are keeping both the sides open, because Netflix is unpredictable! There is still hope for Danny Masterson, and its all up to the fans let us hope for the best.

We have confirmation on Dax Shepard, as he will back to The Ranch for new episodes, it is still not confirmed that he will be in every episode or only a few. Dax was also filming new episodes of Bless This Mess, and at the same time, he was also shooting The Ranch. Well, it is really tough, but somehow he managed to do both.

Earlier there were rumors floating on the internet that, Dax will not be joining the Ranch for the upcoming seasons as he was filming Bless This Mess, and it is expected to be a huge success, nonetheless, Dax found time to film The Ranch Part 7, at the very moment we have no update on Dax’s return in The Ranch Part 8, but hopefully, he might be there.

We will update you as soon as we have any update on Danny Masterson’s return to the Ranch, the show is not over yet, and there’s still time and chances.

Fans have really not given up, and they still want to see Danny Masterson returning as Rooster on the show. Whenever we see something related to The Ranch, the very first response would be about Danny Masterson’s Rooster, which was a fan-favorite character. Danny Masterson has already hinted that he would like to return to the show, and he misses playing the character.

However, Netflix is less likely to change its stand after firing him on the basis of sexual misconduct accusations. Danny Masterson was seen promoting the show even after getting fired, winning hearts of all the viewers. He also posted a post with a statue of rooster, which you can see below.

You can see the comment section overflowing with fans pleading Danny to return on The Ranch. While Netflix has confirmed that the seventh and eighth parts will conclude the season, I hope a miracle happens and we could see Masterson playing Rooster again.

At the very moment, there hasn’t been any confirmation on the return of Danny Masterson from Netflix or the team involved with the show, recently Ashton Kutcher posted the following on the twitter:

@theranchnetflix is coming to an end, but not just yet. We’re excited to bring you the final 20 episodes — 10 streaming later this year (2019) on @netflix, and then 10 more in 2020. Stay tuned! pic.twitter.com/dX9vzjHm4T

Without @dannymasterson The Ranch is END! Rooster is THE Best 🧔🏻 FOREVER. pic.twitter.com/OC75D00Nrd

The end came when you got rid of Rooster.

There is still a possibility that Rooster might return in the final episodes of the Ranch.