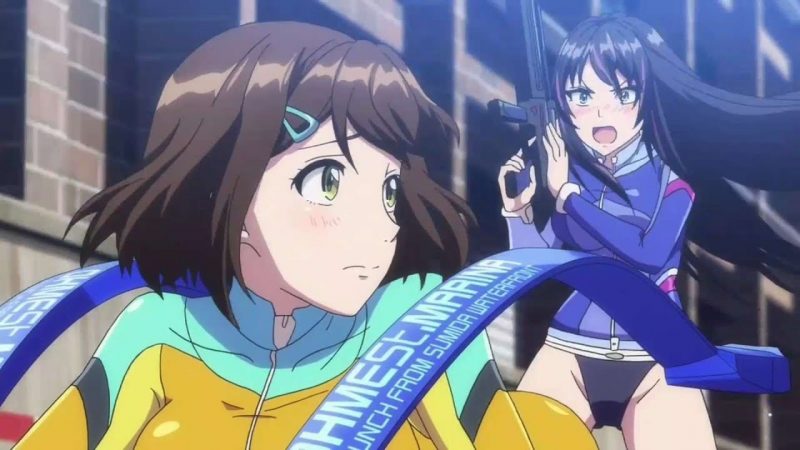 In this post, we are going to discuss the upcoming events of Kandagawa Jet Girls Episode 9; we will also talk about Jet Girls Episode 9 time, streaming, and spoilers.  Before we begin, please note this post may contain official spoilers from episode 10 of the anime. If being spoiled is not for you, I suggest that you stop reading the post here. However, if spoilers don’t bother you, we can get started.

In Episode 8 of Kandagawa Jet Girls, Rin made an attempt in order to get Misa and do poses with her. After that, they off to a search of Mysterious Nyu-Nyu with Manatsu and Yuzu. There were some bonny and adorable moments in episode 8. The moment when Misa continues to awkwardly reject Rin’s girly ideas was quite adorable. Besides this, the searching of Nyu-Nyu scenes was quite hilarious. Now, what’s going to be the next plot?

Jet Girls Episode 9 will be airing on 10th December 2019. We have a preview of the episode as well as thein JST. Jet Girls releases its new episode every Tuesday at 11:30 PM JST in Japan. We are also going to talk about where to watch Jet Girls Episode 9 online.

You will be able to watch Jet Girls Episode 9 online on Crunchyroll and FUNimation an hour later after they air, you can also stream it for free on various streaming platforms, but we highly advise you to stream it on the official platforms only.

Kandagawa Jet Girls Episode 9 will air today as planned, it is not getting delayed, but if anything changes the last moment, we will keep you posted.