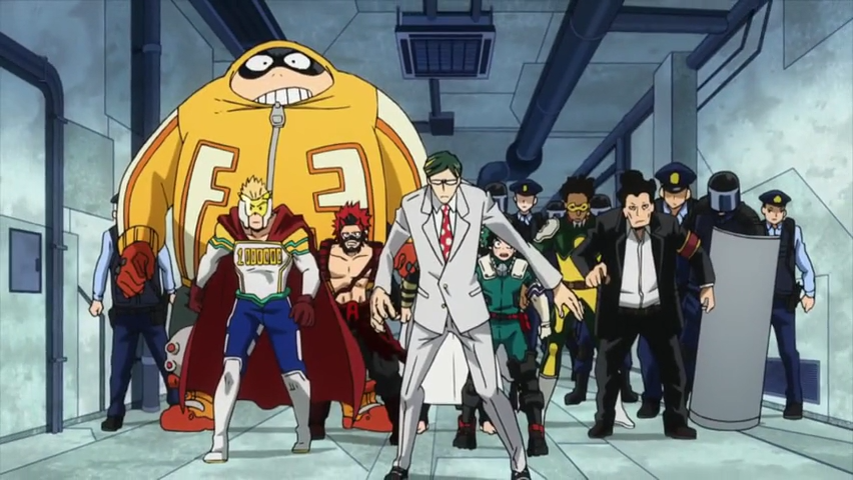 My Hero Academia Season 4 continues with its first arc and see nearly at the midpoint of it already. The arc has been nothing but a joy to watch for all the fans and tomorrow’s episode is going to be crucial for the events to follow. With just hours left until the episode airs, let’s get started on talking about the update and air time of the episode, shall we?

My Hero Academia Season 4 Episode 9 will see the Hero Association’s invasion continue with Fatgum and Kirishima trying their best to stop Rappa, one of the main members of the Eight Precepts. We’ll likely see Kirishima and Fatgum team-up to defeat Rappa, although it’ll prove to be an uphill task for both of them despite outnumbering the Precept member. The battle will be incredibly hard, but Kirishima will have to step up somehow.

As far as the information on the next episode of My Hero Academia goes, we know that it’ll air on MBS, at 5:30 pm Japan Standard Time. The official update for the episode is December 14, 2019. As always, you can rely on Funimation for both the subbed and the dubbed version of the show to be simulcast tomorrow.

Are you excited about the next episode of the show? Let us know in the comments section below!