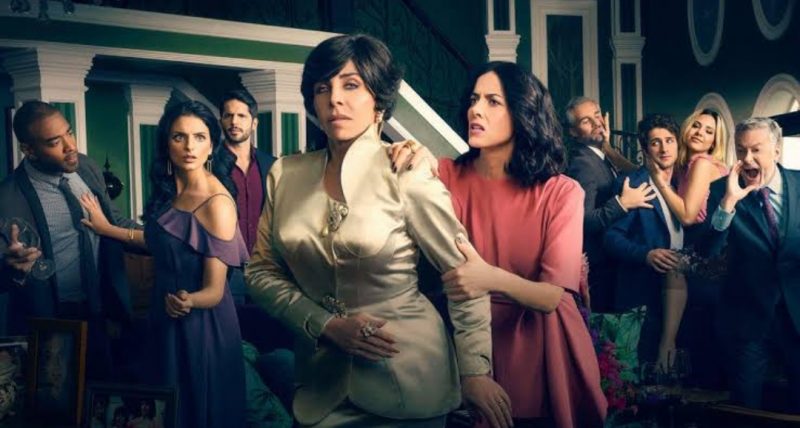 The first season of The House Of Flowers had a lot of drama and twist in the story. The second season of the show is expected to be full of secrets, narration and Machiavellian plotting. The main feature of the show is the De La Moras family. The constant series of the terrible behavior of them the adult members and bad decisions.

Season 2 is going to bring a lot of alterations and the time gap in the show is one year after season one. Virginia De La Mora is dead and buried beside Roberta. There has been a lot of grief through which Paulina had to go through and finally she moved on. Ernesto is seen to get indulged in fraudsters that are disguised as a spiritual cult but are exhorting money from him. Elena is seen to be getting into her sexual activities more than her professional work. Julian has turned into an escort and wants to earn money for his daughter, Namibia.

Cecilia Suarez to come into play

Victoria Castro won’t be coming to the show anymore and she will be replaced by Cecilia Suarez as she gives birth to a boy. There is a lot about her to portray such as her quest for revenge against Diego and frustration with Elena. The actor has really performed well and will not disappoint the fans.

The episodes are going to deliver heartfelt moments that will influence the fans deeply. The beautiful way of the portrayal of a modern family and how they keep secrets from each other is special. The show also deals with other themes such as transphobia, homophobia, religion, drugs and so on.

Season two has promised that the show will only get better with time. With the success of the second season, a third season is also on its way and we will be able to watch it in 2020.