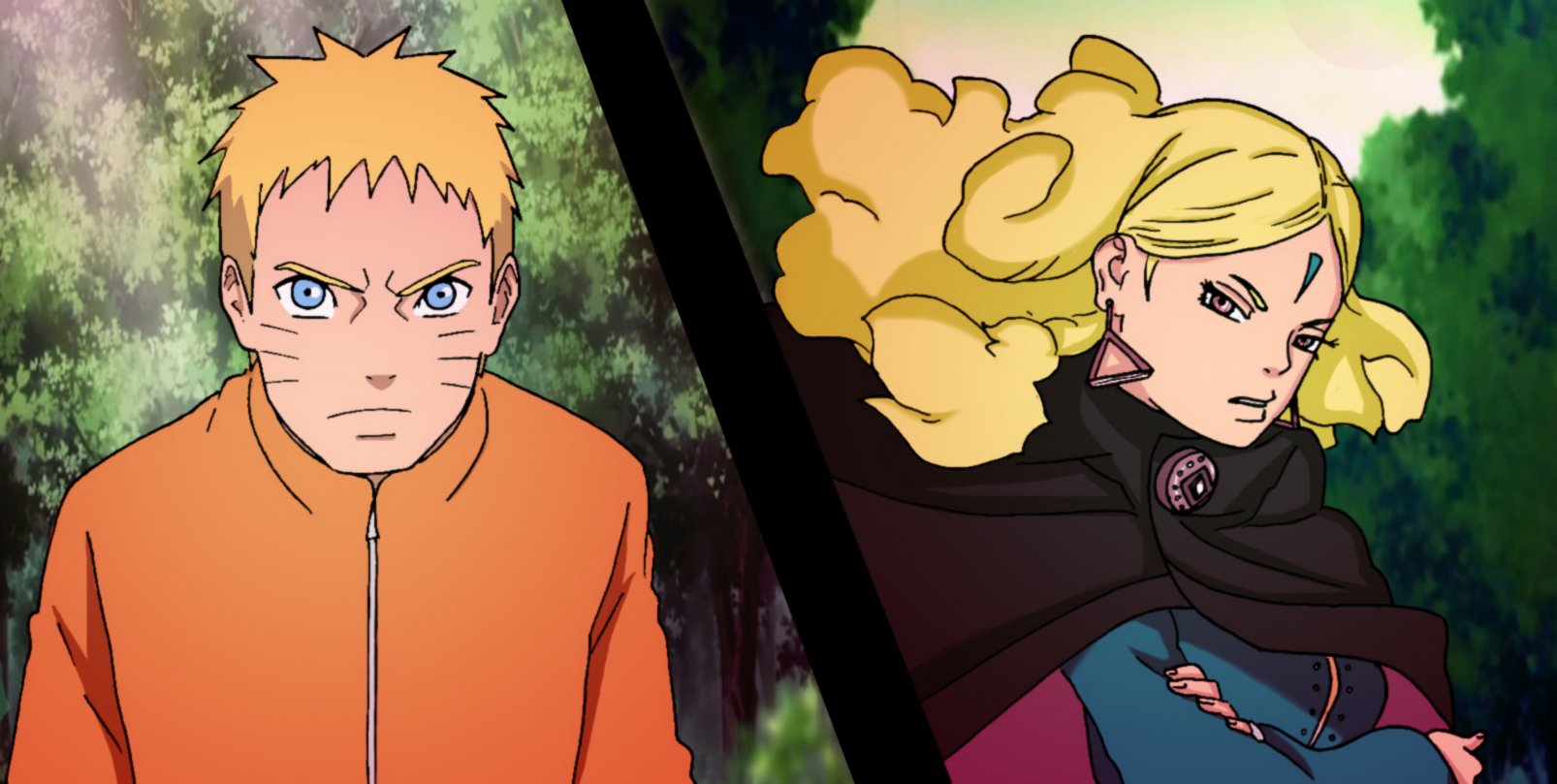 Boruto manga is taking an interesting turn in the Kawaki arc, and as Ikemoto stated at Jump Festa, 2019 will have an interesting turn of events in the coming future. In the previous chapter, we saw Boruto Uzumaki and Kawaki train in order to help Boruto get control over his Karma. Of course, it will take him some time to get used to its powers, but Boruto is showing signs of improvement.

Kashin Koji was observing their fight carefully, but Delta decided to show up because that seemed like a good decision to her for some reason. She’s now in front of Naruto Uzumaki, Boruto Uzumaki, Kawaki and Himawari. Naruto will be looking forward to fighting Delta, but at the same time, he has to ensure the safety of the kids as well. So what exactly will happen in Boruto chapter 31?

In my opinion, we will see Naruto Uzumaki create a shadow clone and entrust the safety of the kids to him. That Naruto that we see now is probably also a Shadow-clone himself, and he’s going to go up against Delta. Meaning, the clone that will be escorting the kids to safety will likely be ambushed by Kashin Koji. Koji may briefly swap hands with Naruto’s clone, and realize that he cannot defeat him.

His goal is likely going to be to capture Kawaki and leave. However, I think Kashin Koji knows that Boruto is just as useful as Kawaki. As he will head for Kawaki, I think Naruto to try to shield him, and this is where he will surprisingly abduct Boruto Uzumaki instead. I think Delta will retreat shortly after and we will have a very interesting Boruto rescue arc at our hands.

Boruto Chapter 30 will be out next month. The officialfor the manga is January 28, 2019. The scans will be available a day prior to that. Make sure you support Boruto by reading over official sources and buying the Volume 06 of the manga, which is out already.