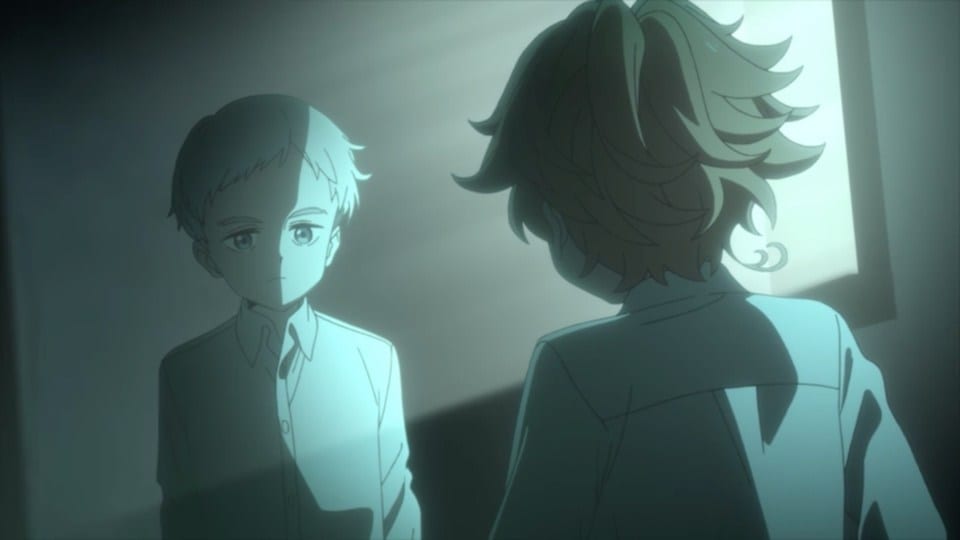 The Promised Neverland anime is just too good, and if you are a manga reader, you will know that the anime will definitely do justice to the manga. The future definitely looks bright for The Promised Neverland, and I am sure it won’t disappoint us. Before we begin, I would like to warn you that this post is full of spoilers and if you don’t like spoilers, then it is advised that you stop reading right now. With that out of the way, let’s begin.

In the previous episode, we saw Emma and Norman still shocked from what they had seen. They were in shock that their own mother would do something as heartless as rearing children in order satisfy the hunger of the demons. So, Emma and Norman decided to check what lies behind the fence and they both set out immediately while everyone else was playing.

They found that a huge wall surrounded the house and that it was almost impossible to climb it. However, they figured that if they found some ropes, it was possible. Emma and Norman quickly made their way to the house. They feared that their mother might find out about the two of them have broken the rules. However, Mark came in the running to mother and told her that he had lost Naila in the forest. However, their mother was as calm as ever, and she took one look at her pocket and told Mark not to worry. Emma and Norman immediately realized that their bodies are fitted with trackers.

At the end of the episode, we saw Norman and Emma talking to Ray. They were trying to convince him to join. But, Ray was hesitant.

Moving to the next episode, we will see Krone trying to help Mother to prevent any attempt of escaping by the children. With two adults watching over them, Emma, Norman, and Ray had to come up with something special as they knew that they are being watched.

You can watch The Promised Neverland on FUNimation and Crunchyroll.