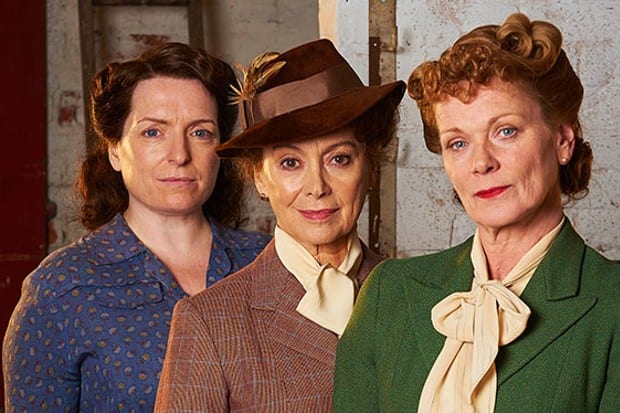 Fans of Home Fires should know that it definitely is coming back, in another volume. Notice, how I used the word “Volume” and not anything else. Yes, today we’ll talk about the slight twist in the tale of Home Fires. The twist is that Home Fired won’t come back as a TV show ever again. Well, we can’t say, never. But as of now the latest development surrounding Season 3 of Home Fires is that it is not coming as a TV show but will continue as a book.

The transition definitely isn’t an easy one. I mean it is a straight hop from catching a TV show will particular cast to now continuing the same in the form a book. Arden fans, those who have no problems with the book story version may just go ahead and read it. But those who are not well versed with reading may not read it at all.

Let’s talk about the history of the show. The first season of Home Fires released in April of 2016, it was a six-part season. The show was picked for a second season without any hesitation, and it was released on 2 April 2016. The debut season of Home Fires received an average of 6.2 million views. But in the second season, a total of 5.2 million views were received. Maybe that’s why I think, ITV decided to cancel the show altogether.

The second season of Home Fires had a big cliffhanger and it nearly killed those of us who love the show. It caused a big outrage among the fans with the kind of ending it depicted. A plane crash occurred in the last episode, and then bam! The goddamn show was canceled.

It still is unclear who survived the accident. People like you and me couldn’t stop being fascinated by Home Fires to know about the outcome. So we started doing everything we could get the show back. The result? We tweeted and signed petitions. Tweeted, signed petitions, and even participated in polls of news websites. Finally, Simon Block decided to release novels to continue the story.

Hence, we will be able to hear the story after the plane crash. The story will now be completed through three novels. The books will be published by Bonnier Zaffre. More as we have it.