Rust PS4 And Xbox One Release Frame Revealed By The Developers

Rust is a survival game that has been around for quite sometime now and it one of the biggest online game. It is a brutal survival multiplayer game that has a huge fan base. Now its playerbase will become even bigger as it is coming to PlayStation 4 and Xbox One. Since it launched on Steam Early Access in 2013, almost 8 million people have made it one of the most played games on Steam.

This was announced by Facepunch and Double Eleven that Rust will be released on Xbox One and PS4 in 2020. For those who don’t know, Rust is a game that is set in a post-apocalyptic world. When you begin the game you only have a rock and a torch in the inventory. In order to progress in the world you will have scavenge for iteams from which you can craft weapon and iteam which will help you in this cruel world. 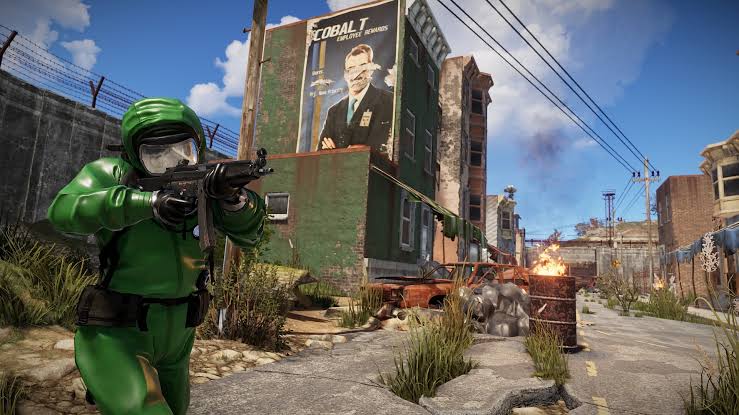 There is a hunger and a thrist bar in the game which makes the survival great. You can also make a base by yourself or with a friend. The greatest enemies that stand if you way are other human players mostly who will kill you on sight. The strongpoint of this game is that it has a lot of PvP battles in it and also you can raid someones base whenever and however you like.

There a lot of action going on in the game at all the times which makes this game perfect for those who love pure PvP battle games. Furthermore, you can also make a clan and can raid the other bigger groups that are in the server. The exactof the game has yet to be revealed but I think we might get it in mid 2020.