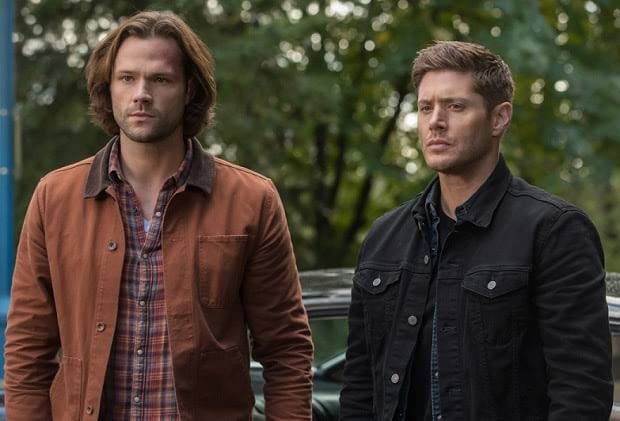 In this post, we are going to talk about Supernatural season 14 episode 14 where to watch, and spoilers. However, it would be crucial to know what happened in the previous episode to understand what is coming in the next episode. Thus, the following paragraph will contain spoilers from the last week. So, those who have missed it and do not want any spoilers should skip the next paragraph.

As we know, the last episode marked 300 episodes of the show, which is a big milestone for sure. Maybe that is the reason why the episode opened with Sam and Dean directly working on a case where they met an occult dealer. They were searching for a skull which he had and accepted that he killed a hunter to get that. Soon, Sam and Dean decided to take his remand but Sam was called out and the dealer was about to kill Dean, but Sam quickly returned and shot him. Then we saw a teen stealing their Impala and what not! But the main part was their family reunion, as John Winchester was featured as promised! So, let’s talk more about the next episode ahead!

The show can also be watched online using existing cable TV subscription details to log into the CW app, where all The CW shows are available to be streamed. Additionally, there are several online streaming service providers such as Hulu, Roku, DirecTV Now where viewers can stream The CW channel at the mentioned time to watch Supernatural.

The next episode will feature Sam and Dean trying to find a demi-god who preys on human flesh, and they will have to take help from Rowena. On the other side, keeping Michael at bay would be quite a tough task than anyone would have ever thought. Take a look at the trailer of the next episode!