With only a small gap left between the manga and the anime, black clover will be taking on a non-manga story as the training arc begins and shows us the training that was skipped in the manga. So in this post, we are going to talk about Black Clover Episode 128 spoilers. Again, let me remind you that this post will contain spoilers for the upcoming Black Clover episodes. So if you don’t want your anime experience spoiled, then it is best to stop reading at this point.

When is Black Clover Episode 128 update?

Black Clover Episode 128 will be released online on Tuesday, 31 March 2020, at 6:25 PM JST. Note that the time is in Japanese standard time, so you might want to convert it to your local time if you want to get the episode immediately after its release. 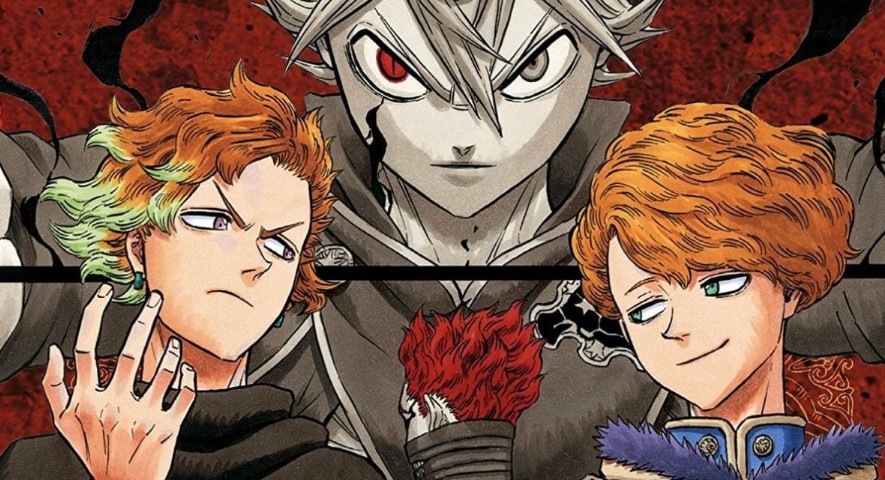 Gordon visits his family with Asta, Secre, Gauche, and Grey. For generations, Gordon’s family would curse people for money, but Gordon joined the Bulls instead. Asta is shocked to learn Gordon’s parents, Nathan and Jonna, grandmother Nilenia and sister Roxanne all look and speak exactly as Gordon does. The senile Nilenia mentions an ancestral contract called Curse of Megicula, upsetting Roxanne. Gordon asks Nathan about devils, and he agrees to explain, but asks Gordon to use his poison magic in their research. When Gordon refuses Nathan seemingly poisons Asta, only to reveal he took their ancestor’s death research and repurposed it into healing and medical advancement, which Gordon was unaware of. Elsewhere Noelle visits Captain Dorothy and demands to know how her mother really died after Nozel admitted it was not Noelle’s birth that killed her.

For safety’s sake, Dorothy takes Noelle to her dream world so they can talk freely. Dorothy explains Acier died as the result of a devil’s curse, but anyone who talks about the curse will be inflicted by the same curse and die, hence why Nozel kept it a secret, even from Solid and Nebra. She further explains that the devil who cursed Acier was called Megicula. Nathan shows Asta a cursed map showing the devil curses currently active within the kingdom, including one at the Bulls hideout, which they assume to be Henry. Another powerful one is in the capital but the most powerful is far away in the Heart Kingdom. If you happen to be curious as to what Black Clover Episode 128 will be bringing us, we have the episode’s preview, and you can check it on the video below.

For now, that is what the preview for Black Clover Episode 128 has revealed. The next episode will be airing in just a day from now so it won’t be long before we see how things will go on from here. In the meantime, you can check other popular anime on our site as we always strive to bring you the latest news to date. As soon as the episode airs, we will also be bringing you updates som make sure to look for new content more frequently.