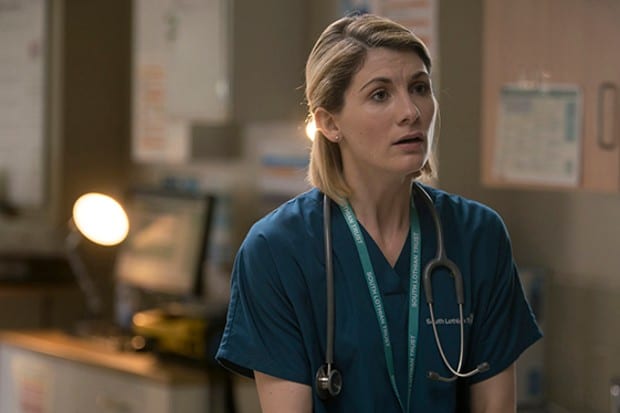 The premise of the show Trusts Me revolves around a nurse namely Cath Hardacre who loses her job following a whistleblowing incident. Cath becomes an imposter, steals the identity of a doctor, her best friend to start anew. Trust Me deals with Cath’s new life in Edinburgh with her daughter.

For Season 2 of Trust Me, Jodie Whittaker didn’t come back, but a new cast of actors did. Alfred Enoch is seen in the lead, as is Jamie McCain, a corporal recovering from a spinal injury that leaves him paralyzed. John Hannah and Ashley Jensen also star in the series 2 of Trust Me. Below is the full start cast of Trust Me Season 2.

Jamie McCain: Corporal Jamie McCain is the main patient of Trust Me. He receives a spinal injury and has a PTSD. Alfred Enoch plays Jamie.

Debbie Dorell: The head of physio at the hospital is none other than Debbie. The thing is, she’s a mixed package, not only talented at her job but also sometimes challenging to work with. Ashley Jensen plays Debbie Dorell.

Zoe Wade: Portrayed as an insecure and unsatisfied doctor Zoe has had a problematic past. Zoe Wade portrayed by Katie Clarkson-Hill.

Dr. Alex Kiernan: Zoe’s fiancé is a neurologist, ambitious to become a consultant. He’s seen as an overprotective husband of his future wife. Richard Rankin portrays the character of Dr. Alex. Dr. Laila Karim: Laila is a clinical psychologist at the hospital and a close friend of Zoe. Amiera Darwish plays Laila Karim.