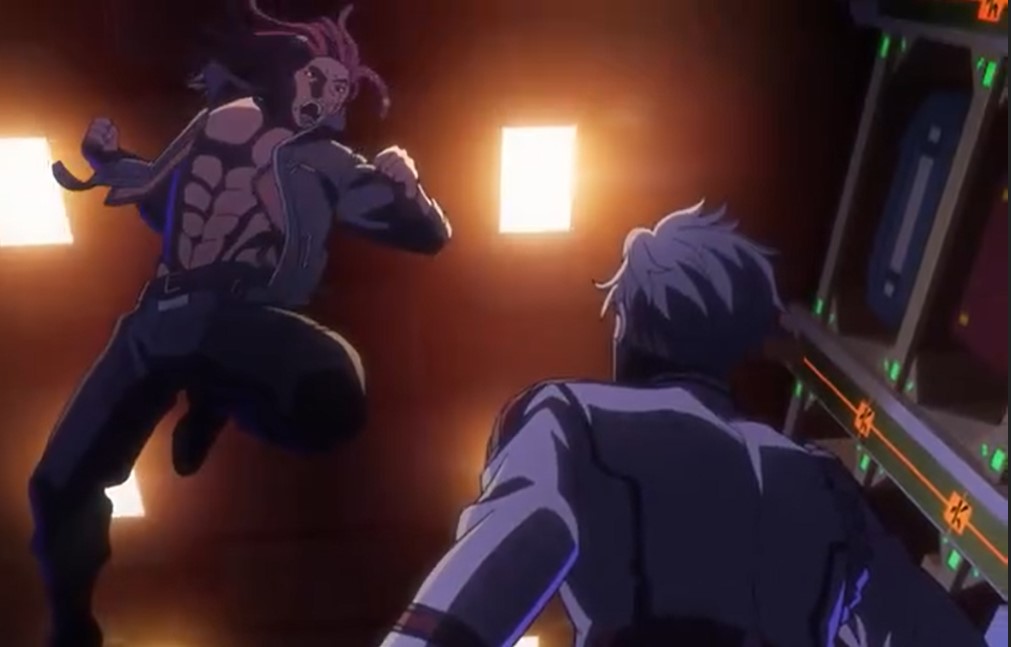 The Akudama crew has left Kansai Station to start executing the billion yen mission. When the police reach the station they find that the train has already left the policeman is worried that the Akudama has raided the Shinkansen. The policeman told the policewoman that there is still time to capture them they must follow them. Meanwhile, Black Cat said that the Shinkansen departure was unexpected but the raid was a success. Swindler told Black Cat that everything is not going as planned and Doc said that they haven’t failed yet.

Black Cat also adds that if they take the vault the mission will be successful. Courier asks if her plan was that and she replied that having a plan doesn’t guarantee success. Black Cat told the crew that they only have ten minutes left to reach their target. They will plunge into the void of doom and the absolute quarantine zone.

Akudama Drive Episode 5 will be released on Thursday, 5 November, at 9:30 PM JST. Akudama Drive will release a new episode every Thursday make sure to proceed with caution since this post may contain spoiler of the next episode. You watch this Anime officially on AnimeLab. Let’s take a look at the following updates below. 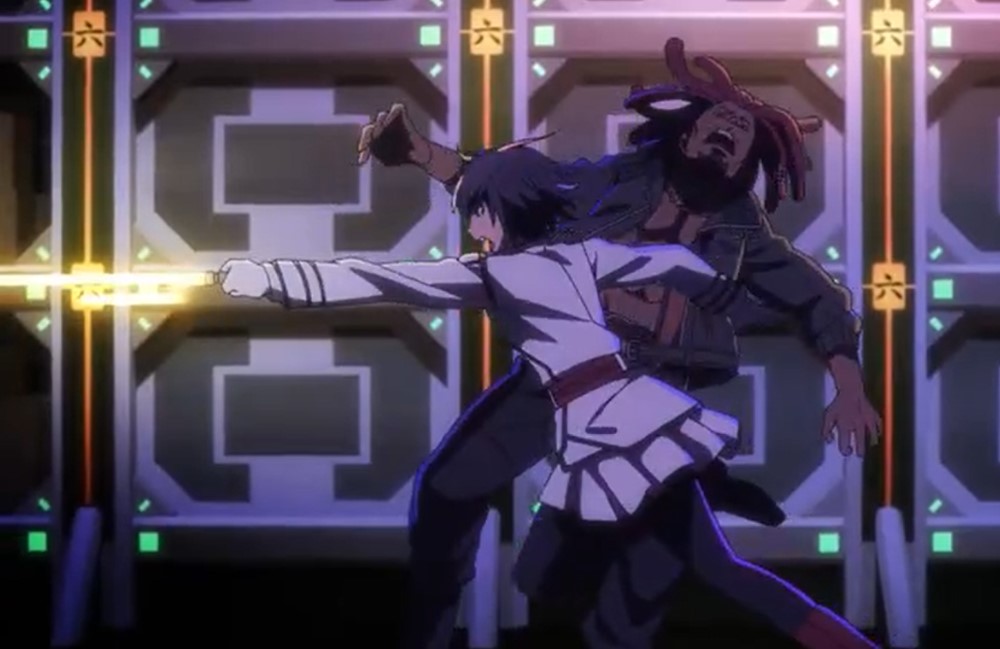 Swindler notice that the police has managed to catch up with them and Black Cat said that Cutthroat and Brawler can eliminate them. Stealing the vault is futile with the police around. Brawler got excited since he loves to fight and Black Cat ask Hacker to open the next door for them to advance. Suddenly Policeman and Policewoman appear and they want to execute all of the Akudama crew. Policewoman attacks Brawler with a lightning sword and he dodges when she passed him.

When she wants to chase the crew Brawler grabs her by her leg and pins her to the floor. Brawler picks a policewoman with her legs and bangs her with the wall. The policeman said that it is a sin for Brawler to let his guard off and he said that brawler is a weakling. Brawler replied that it is time for him to get revenge on the rematch.

Policeman attacks without knowing that Brawler has improved ever since their last battle he has been training. Brawler blocks the attack so easily and Hacker manages to open the door. Swindler told Courier to hurry up but he decides that he has to get his bike for this job and it is behind the policeman. Brawler got kicked on his chin and Courier fires some shot heading toward the policeman. The crew left Brawler, Doc, and Courier fighting with policemen and policewomen.

Brawler lands a powerful superman punch that sends policemen flying. pp men get up and shake his head and he clashes with Courier and Brawler at the same time. Policewoman also joins the fight after being taken down by Doc and she decides to come back strong. Courier manages to get his bike and Brawler has put policemen to sleep with the help of Hoodlum. The crew manages to escape from the hands of the police and advance straight to their mission.

For this week that is what the latest updates of Akudama have revealed for us, see you next when the new episode hits.