SNL, or Saturday Night Live, is a famous American Sketch comedy and variety show that airs on NBC and Peacock every Saturday at 11:30 pm EST. The variety show was created by Lorne Michaels and developed by Dick Ebersol. Michaels is the current showrunner of the show.

Various cast members perform comedy sketches based on the culture and politics of the show. The program follows the trend of inviting celebrities to host the episode who performs in comedy sketches along with the cast and serves musical performances.

SNL premiered on October 11, 1975, and aired 934 episodes till October 1. The 48th season was aired on October 1st, making SNL the longest-running program on TV in the US. In all these years, the program was lucky for many cast members. The show helped them to reach stardom and success in film and television. Not only actors but even writers benefitted from the front. Writers became successful in television and film and started getting offers from big projects.

The longest-running show on American television has received many awards. It has 93 Primetime Emmy Awards, six Writers Guild of American honors, and three Peabody Awards.  It has secured 10th position in TV Guide’s “50 Greatest TV Shows of All Time” and was also listed in Time’s “100 Best TV Shows Of All time”. SNL has received more than 305 Emmy Primetime nominations, the most by any television show. 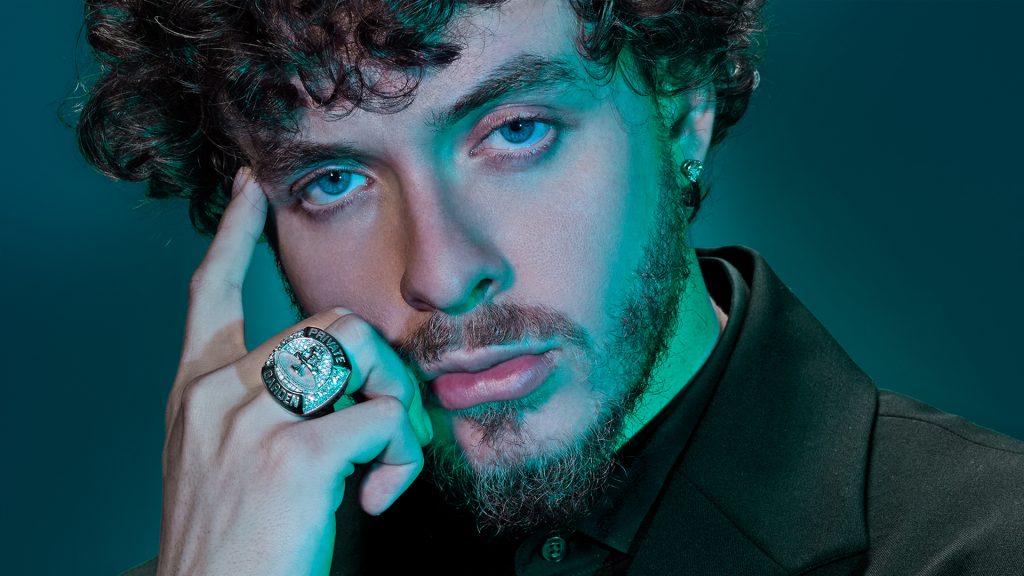 Jack Harlow was recently invited to host and perform on SNL’s Halloween episode. He was featured on the October 29th Episode, which included many hilarious sketches thanks to Harlow and Halloween. He completed a medley of “Lil Secret” and “First Class” in his first set and “State Fair” in the second set.

Jack Harlow has previously performed on Saturday Night Live, making this his second time. In the Harlow episode, Cecily Strong, an SNL cast member since 2012, returned to the show after taking theatrical leave for one season. Along with Cecily, David S. Pumpkins also returned after 2016.

Jackman Thomas Harlow, better known as Jack Harlow, is an American Rapper who debuted in 2015. Jack’s 2020 release ‘What’s Poppin” charted at number two on the Billboard Hot 100 thanks to the remixes by DaBaby, Lil Wayne, and Tory Lanez and its TikTok trend. Harlow even received a Grammy nomination for the single. His collaboration with Lil Nas X,” Industry Baby,” charted at the top of Billboard Hot 100. “First Class” was Harlow’s first single to top the Hot 100.

Jack Harlow had an opening monologue in the episode where he made fun of people who roasted him online and cracked jokes. He talked more than a usual monologue and even spoke to an audience member. The episode then continued with many comedy sketches and a delightful musical performance by Jack. The highlights of the show are reviewed below. 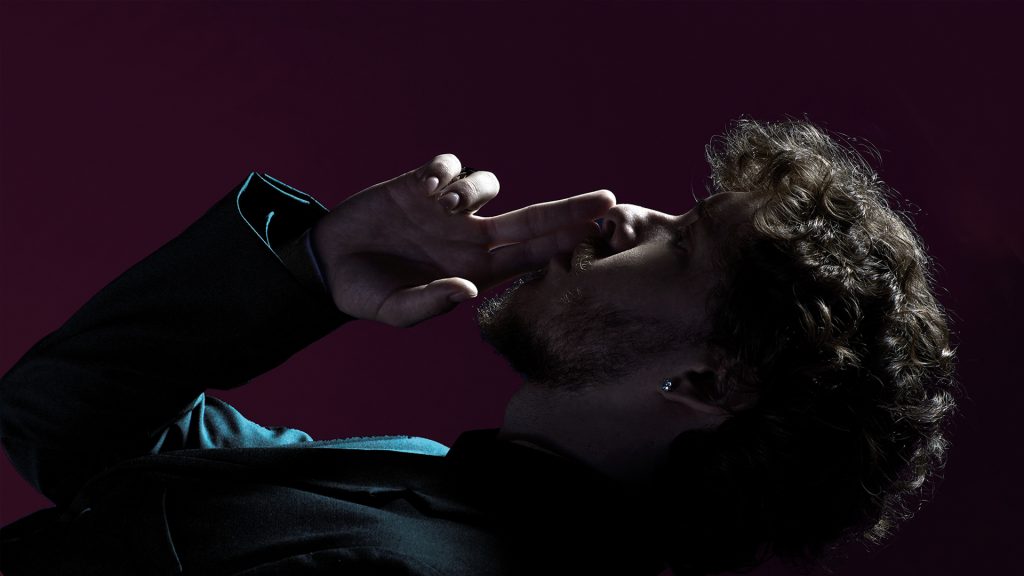 The political humor was hosted by Judy Woodruff (Heidi Gardner). She interviewed Republican candidates Dr. Oz (Mikey Day), Kari Lake (Cecily Strong), and Herschel Walker (Kenan Thompson). They target the election cycle ridiculously, but it lacks focus. The show has been following the same format for years, and the Cold Open is a part of it; therefore, sometimes it seems lame no matter how good the cast is. In the episode of October 29, the cold open could have been better.

To celebrate Halloween, the best man (Andrew Dismukes) attends a wedding dressed up as a Joker. At least one person shows up in the wrong outfit, but we don’t expect it to be the best man.  The people act funny and make people laugh with their actions and jokes, especially Sarah Sherman’s Gamma Judy. The cameo of Jeff Probst enhanced the comedic vibe of the sketch, and the performances were quick, with the cast not missing their timing.

Tina Lefey (Cecily Strong) hosted a red carpet-show to celebrate Halloween. The red carpet show was different than any other show. Cecile interviews a drunk white girl until she gets racist while waiting for her ride. Devon Walker plays the famous Chris Rock slap. Yang plays the character who looks like a cop and is a member of the Village People. Harlow appears like a frat boy with a vast tampon costume. The costume suits him well. Everyone, including Jesse (Harlow), is spilling tea in the AA meeting. Harlow shares his drinking habits and presents an idea for a Pixar film. He proposes making a film on luggage where the gym bag would be named Jim. That’s how funny all Pixar movies are. Cecily Strong sings a parody of the Pixar film, sounding more like Cathy Anne. The cast discusses the movie, and Tom Hanks makes an appearance at the end.

Jack sings snippets from his song “Lil Secret” and creates a medley with “First Class,” which samples the Fergie song “Glamorous.” As expected from Harlow, he delivers his performances effortlessly.  In the second performance, he sings the closing track of “Come Home The Kids Miss You.” In the song, he is reflecting on fame. The Halloween episode hosted by Jack Harlow was hilarious. The comedy sketches, Pixar movie sketches, and AA meetings guaranteed laughter. The Pixar movie idea pitched by Harlow was so good that it should be turned into an actual film.

In the sketch, he explains his Pixar movie’s storyline with comments in between, adding to the jokes. The cameo of Tom Hanks didn’t seem unnecessary and blended with the sketch. The AA meeting was no doubt the best comedy sketch of the night. 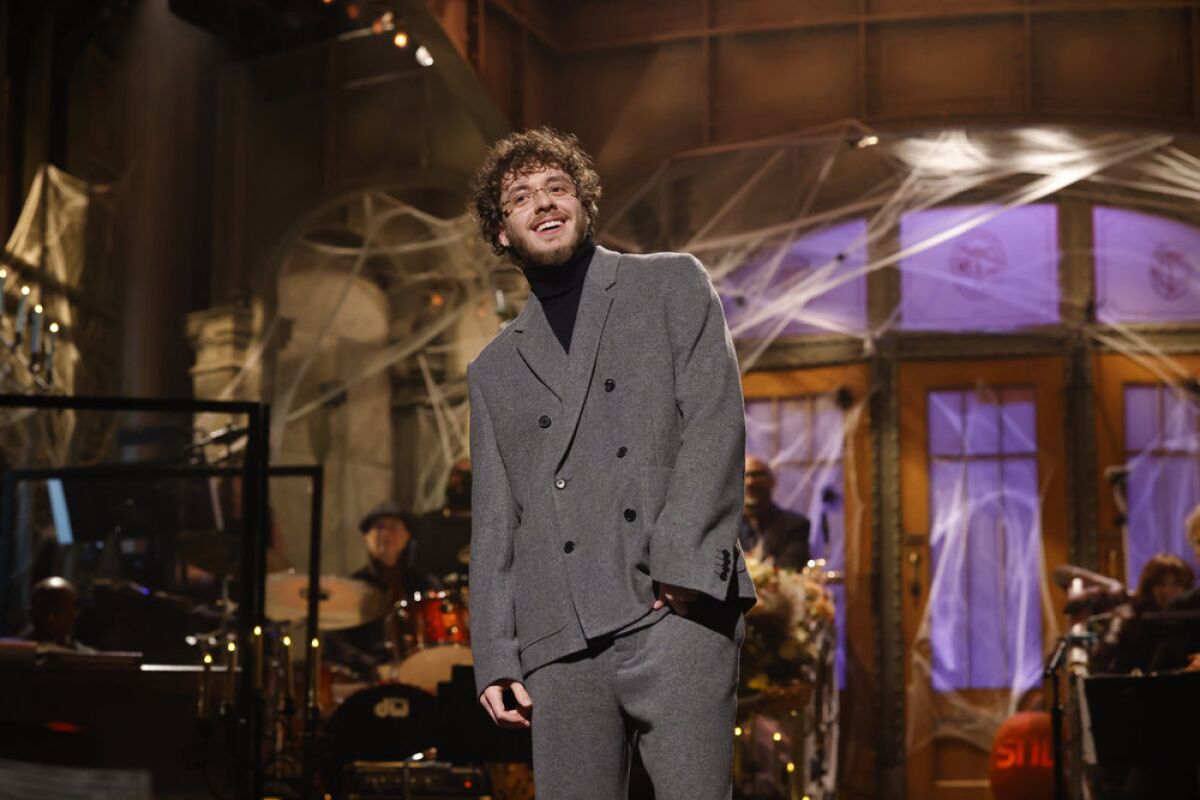 Tom Hanks was made to appear a lot of times which was unnecessary. The “Halloween Wedding” was the most disappointing. A wedding on Halloween sounds exciting, but this sketch was not what we should expect. The cameo of Jeff Probst seemed unnecessary.

Overall, the episode was good, with a strong performance by the host Jack Harlow. It had some excellent sketches balanced with the worst ones. Jack Harlow’s SNL episode was full of hilarious punchlines and good comedy timing.