Wild Is The Wind is a South African movie released worldwide on 28th October 2022. The film is directed by Fabian Medea and co-produced by Netflix and a south African production company, Known Associates Entertainment. The film is 123 minutes long, and the standard language is English. The film tries to highlight the still existing Apartheid in South Africa, making itself a social movie. ‘Wild Is A Wind’ ranked in Netflix’s global top 10 a week after its release.

The movie’s plot revolves around a police officer Vusi who hated his locality and wanted to move to Johannesburg with his pregnant wife for a better future. Vusi and his wife were both victims of discrimination and wanted to leave their current environment. However, Vusi then engages in a murder investigation of a white girl, which changes his views toward the community. 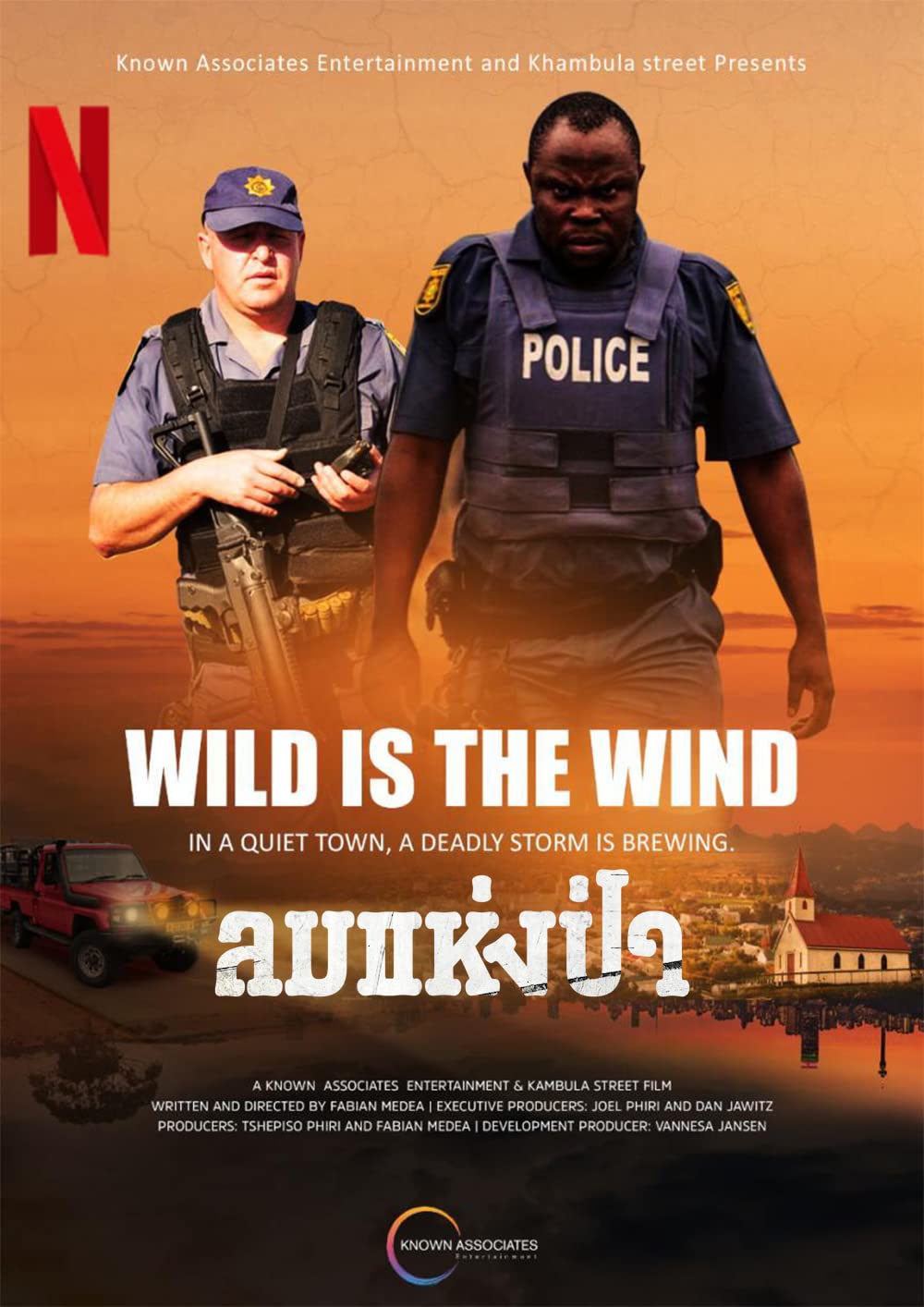 Cast Of Wild Is A Wind

Mothusi is a South African actor best known for his roles in the series Tsotsi, Scandal! and Intersexions. He started his career as a theatre artist and appeared in plays like The Third Man, A Dragon For Dinner, and Stones In His Pockets. He made his debut as a lead in The Lab. Mothusi has won the award for best actor at the SAFTAs for the series Of Good Report.

Chris Chameleon is a South African singer and actor better known for his singing skills. He is the lead singer for the band Boo! and a soloist. Chris’s acting debut was through Franz Marx’s Sonkring, and he also performed a role of a musician on 7de Laan. He starred in the South African soap opera Binneland Sub Judice.

Tiisetso Mona Monyane is a South African actress best known for her roles in the TV series Muvhango, Skeem Saam, and the film Kalushi. She debuted in 2012 from Zee Ntuli’s feature Hard To Get. She appeared as the lead in the popular soap opera Muvhango and starred in the biographical feature film Kalushi.

Other casts include Nicholus Moitoi as Sonnyboy, Izel Bezuidenhout as Melissa, Phoenix Baaitse as Slick, and Deon Coetzee as Martin Van Der Walt.

Plot Storyline Of Wild Is The Wind

Vusi’s corrupt practices are visible at the beginning itself. He stops a car exceeding the speed limit but lets it go after taking a bribe, and because of their greed, Vusi and his partner John fail to notice that Wilhelm (driver of the car) has captured a black woman and was carrying her in the trunk.

After the bribe incident, the movie skips three years ahead when Vusi and John are carrying out an illegal drug operation. They tried to sell drugs to a famous drug dealer Mongo. He buys all the drugs from Vusi but doesn’t trust him, so Mongo sets men behind to watch over Vusi.

Meanwhile, a tragic incident happens in their locality. The mayor’s niece, Melissa, was found dead in the forest. The mayor announced a reward for catching Melissa’s killer, and because of this, Vusi and John started investigating the case. 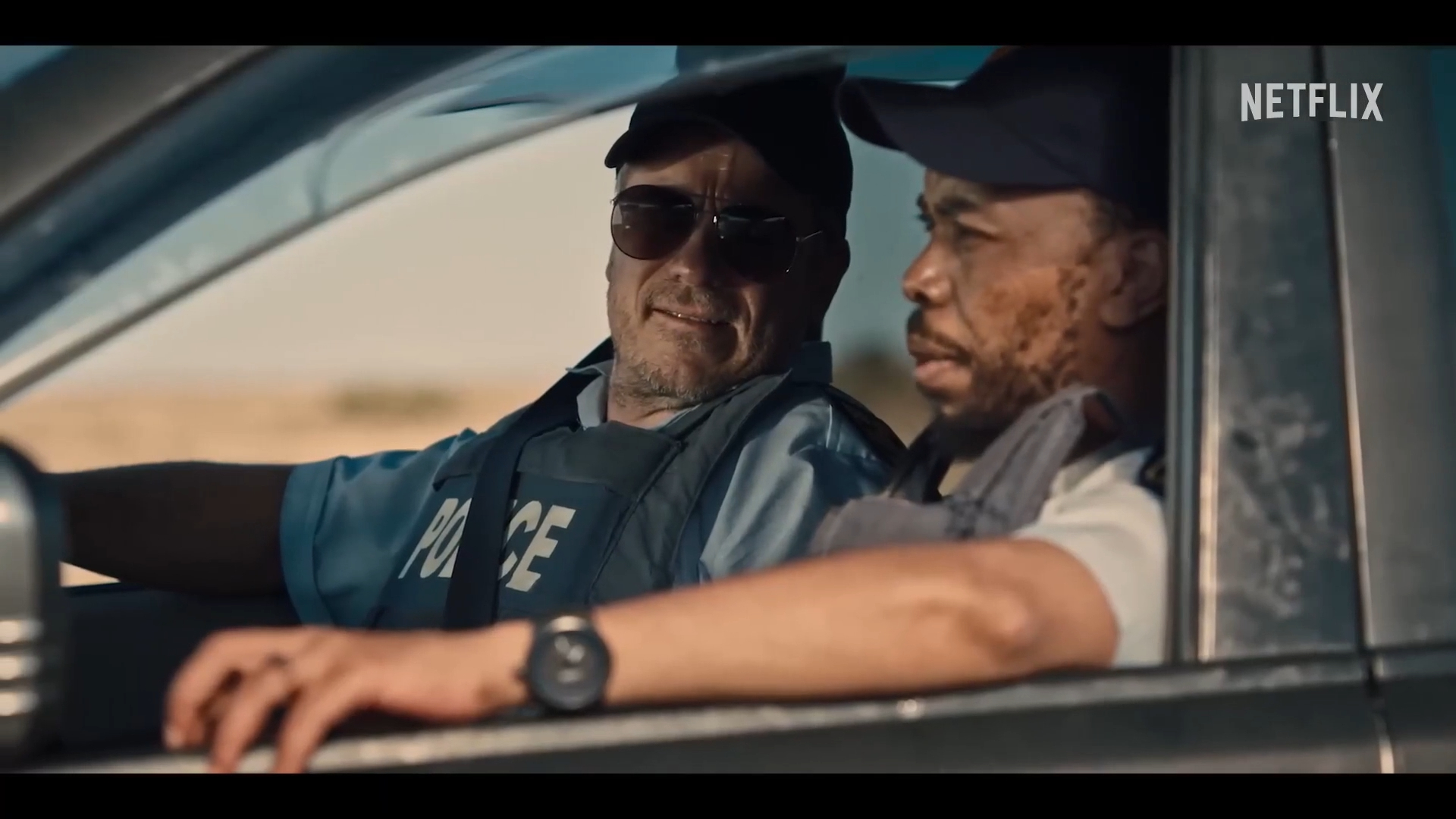 Vusi arrested Hennie, Melissa’s ex, for being violent on the day of her death. However, Hennie was proven innocent, and suspicion rose toward Sonnyboy, Melissa’s boyfriend and Mongo’s relative. Vusi arrested Sonnyboy and was threatened by Mongo for meddling with his family. Mongo took all of Vusi’s money and savings as revenge.

Due to the desperate need for money, John chooses to win the prize money by false manners. John made Sonnyboy sign an admission of guilt’ despite him being innocent. Vusi, knowing the truth investigates on his own and tries to bring John to the right path. The story further explores Vusi’s relations with John and his investigation of Melissa’s murder.

Wild Is The Wind Movie Review

Wild Is The Wind is a crime thriller focusing more on corruption and poverty than racism. Elements of racism are frequently introduced in the film to balance the film’s social issues. Corruption and poverty in South Africa are highlighted in many scenes. The theme of racism is depicted in a few crucial scenes hinting towards how racism is deeply rooted in the system.

Fabien opts to build a crime thriller from a different perspective with various social themes but fails to create a strong impact. Fabien succeeded in setting up the story, creating suspense from the beginning. However, the film becomes slow-paced as it advances.

Medea focuses on highlighting the loop of corruption and poverty in South Africa. She connects racism to corruption which was a unique approach. The script explores other societal issues by clicking one to another. Wild Is The Wind is very much character driven. The two police officers turn enemies into friends because of greed and corruption. Mothusi and Frank portrayed the challenging characters very well, as the characters were supposed to depict various emotions. As the film advances, it becomes more and more predictable, making it quite dull. The action scenes are also not compelling and are poorly executed. Suspense died in the middle because of its slow pace and high predictability.