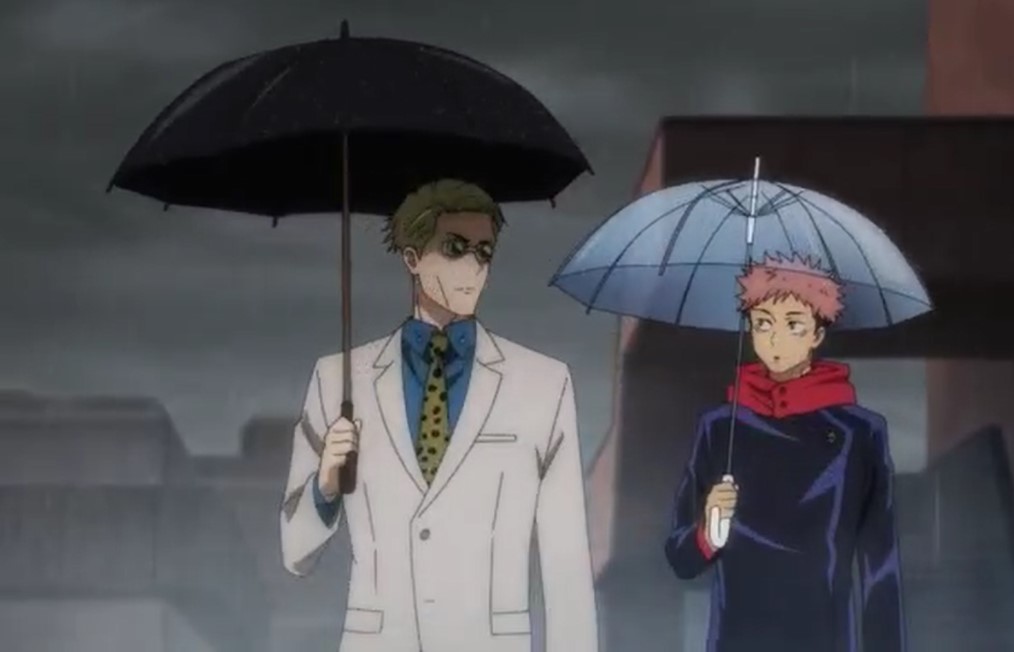 There is a crime scene that has taken place at night and the police are investigating. They reveal that the victims were high school students and the incident took place on Monday at 10:30 AM. Yuji and Kento went to the scene and Kento reveals that it is the residual taint of cursed energy. Yuji said he can’t see anything and Kento said that is because Yuji is not trying to see it.

Kento said that they see curses as if it’s perfectly natural. He reveals that when a cursed technique is used it leaves traces behind and that is what residuals are. Residuals are much fainter than cursed spirits he tells Yuji to focus on his vision and look closely. Yuji focuses and he saw the footprints of shoes that make him excited that he can see them.

Jujutsu Kaisen Episode 10 will be released on Saturday, 5 December 2020, at 1:25 AM JST. Note that this Anime will release its new episode every Saturday. For some countries it will be on Friday we advise you to change the time to your local time. Watch this Anime officially on Crunchyroll. Watch out for the spoilers of the next episode let’s take a look at the updates below.

Kento said that a proper sorcerer can sense them before seeing them. Yuji asks if he can give him praise or something since he has tried his best. Kento replies that he doesn’t praise or disparage anyone and he adhere to facts and judge on that basis. Yuji remembers how he met with Kento who is hard for his heart to be won. Even Satori and his powers failed to win Kento’s heart Yuji promised that he will have to be strong and make Kento recognize him.

The two are working on the case together investigating to find out what has happened in the earlier incident. Yuji asks if the was anything on the CCTV and Kento said that there was only one young man aside from the victims. Yuji asks if a cursed spirit was behind and Kento said it seems so. When they are outside the building with rain pouring Kento said that the young man must be the one who did it. But identifying him is the police’s job and a monster shows up in front of them.

The monster looks like a student who is hungry looking for a lunch box. Yuji wanted to fight but Kento stops him telling him that he will handle it and Yuji must handle the white one. They both defeated the monsters they were fighting with. Yuji thought that Kento is a boring man but he saw his great powers during the battle. After defeating the two monsters they continued with their investigation.

That’s what episode 10 has revealed for us so far. With those above updates so far next week when this Anime releases its new episode. We will be releasing a new upcoming update of the next episode all thanks to the latest official youtube Preview.