Beastars is a manga that is written and illustrated by Paru Itagaki. It has won many awards which including being the first Akita Shoten title to take home the Manga Taishō Award. Moreover, the manga was adapted into an anime TV series by Orange that premiered on 8 October 2019 on Fuji TV’s +Ultra programming block. The anime of the show is currently going on and is on its eight episodes.

The previous episode was titled as “Like Getting Floss Stuck on Your Canines” and released on 28 November 2019. The ninth episode of the series’ title is unknown but thefor it has been released which is 5 December 2019. Those living in Japan can watch it on Fuji TV, at 1:00 am JST and others can watch it online on Funimation or Crunchyroll. It is a very good anime that has a lot of fan base and it one of the anime you should definitely be watching. 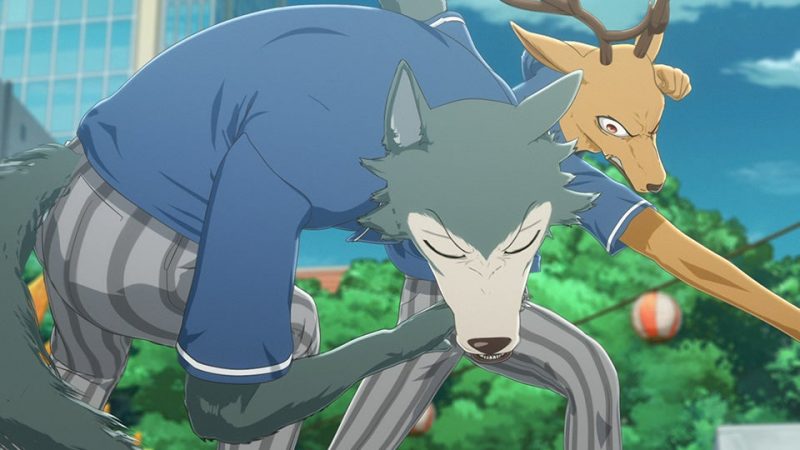 Those who don’t know the story, the official synopsis reads “In a civilized society of anthropomorphic animals, an uneasy tension exists between carnivores and herbivores. At Cherryton Academy, this mutual distrust peaks after a predation incident result in the death of Tem, an alpaca in the school’s drama club. Tem’s friend Legoshi, a grey wolf in the stage crew, has been an object of fear and suspicion for his whole life. In the immediate aftermath of the tragedy, he continues to lay low and hide his menacing traits, much to the disapproval of Louis, a red deer and the domineering star actor of the drama club.”

“When Louis sneaks into the auditorium to train Tem’s replacement for an upcoming play, he assigns Legoshi to lookout duty. That very night, Legoshi has a fateful encounter with Haru, a white dwarf rabbit scorned by her peers. His growing feelings for Haru, complicated by his predatory instincts, force him to confront his own true nature, the circumstances surrounding the death of his friend, and the undercurrent of violence plaguing the world around him.”