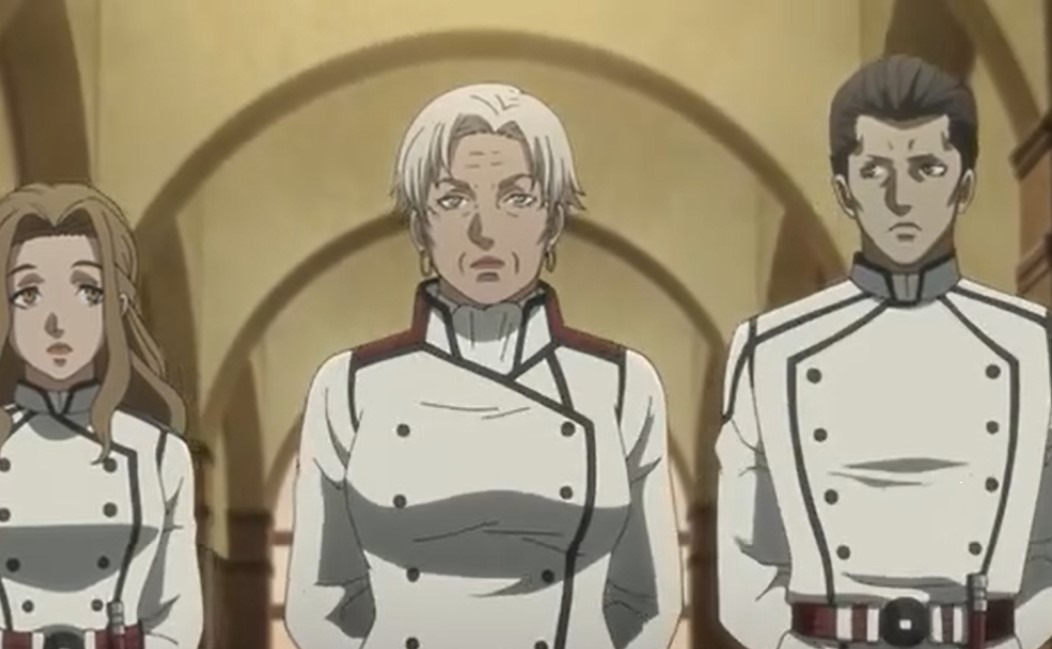 Courier shows up with Sister to rescue Swindler who was about to be killed by Cutthroat. She left Cutthroat inside the building with an injured left and outside the building Courier tells her to hop in the bike so that he can send the two to their destination. Later they reach the Excucutiner tower and find Brother with the Executioner police. They try to escape with him and Courier chases them, riding his bike in mid-air.

The trio is not aware that the Executioners also has a plan for them and Doc notice their movement while she is on a train. Doc reveals that Courier must have gone there to take something important from Brother that enough to be worth the risk. She is worthy Hoodlum, and she notices that the trio is heading towards Kansai Station. Doc thinks that it is a perfect plan for her to snack the prize and inside the train, she has killed all passengers who were inside.

Akudama Drive Episode 11 will be released on Thursday, 17 December, at 9:30 PM JST. Akudama Drive will release a new episode every Thursday make sure to proceed with caution since this post may contain spoiler of the next episode. You watch this Anime officially on AnimeLab. Let’s take a look at the following updates below. 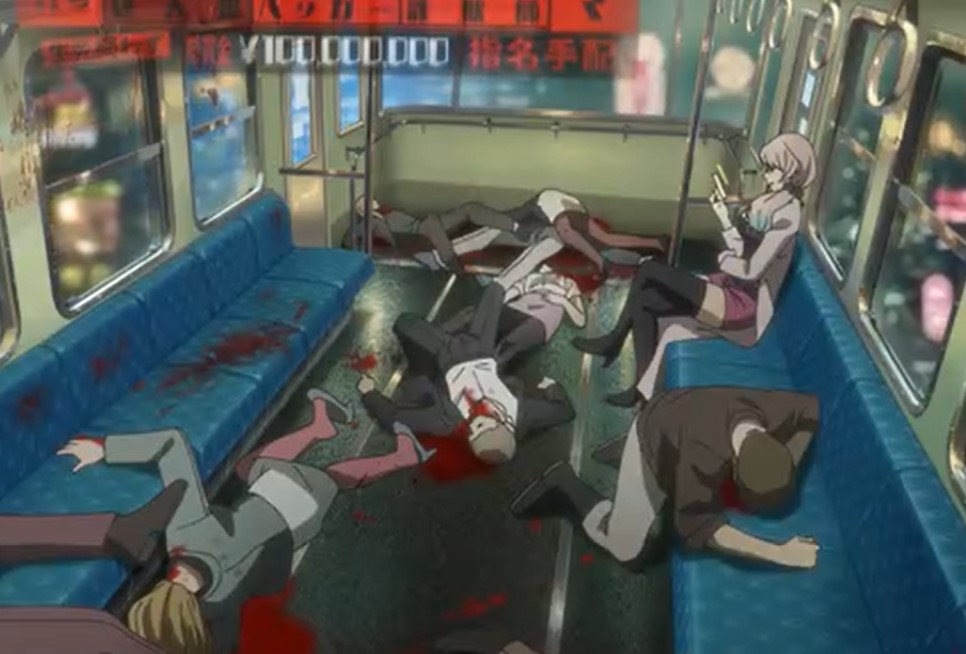 Hoodlum is scared to death he keeps on praising her that she got everything right. She must show them who is the boss meanwhile Brother is worried that he won’t be able to escape since Sister and Swindler have come for him. The Executioner lady remembers how her Masker got killed during the clash between him and Brawler. Her partner reveals that the Akudama are Super S-Rank. On the ground, the citizens are cause chaos burning tires and chanting for Akudama to be killed.

They yell that no more Akudama, bring back the peace and it has been revealed that 32 hrs ago Swindler’s appearance in Dotonbori cause chaos. After that Swindler posted a message board to declare war. Cutthroat followed up with a killing spree to show support. The citizens started an uprising to take safety into their own hands. The police are also responsible for the uprising since they have hijacked the airwaves to smoke out the Akudama and it has backfired on them.

Later Swindler and others reach Kanto and they find the Executioner police shipping brother out of Kanto. Doc shows up and reveals her true color and started taking everyone down. The Executioners are scared of Doc and they stop the vault that Brother was inside. Courier wanted to fight back but she sprays him with a sleeping potion.

Doc reveals how she used everyone after the dreadlocked gorilla died. She also reveals that she is the one who causes Brawler’s death by making a fake operation that opened up when he was fighting with Master. Hoodlum manages to jump on top of Doc and bites her neck until a whole appears. Doc stabs Hoodlum to death but he is happy that the trio will get a chance to escape. Due to the loss of blood Doc also passed away and the trio departure from Kansai station.

For this upcoming week, that’s all about what the upcoming episode 11 has revealed for us. New updates of this Anime will be available every Friday after the release of a new episode.