Hudner’s arrival at the Naval Air Station Pensacola, Florida, kicks off Dillard’s movie in 1948. He walks into a loud locker room for men full of vengeful remarks. These filthy insults are not coming from a crowd. They’re coming from the same person: Brown.

Hudner never notices Brown yelling at himself since the cries this Black man pours are not for him. The quiet, introverted, no-nonsense Brown throws a distinct shade over the peaceful, innocent, all-American Hudner. They should not be buddies because of their temperaments.

Screenwriters Jake Crane and Jonathan Stewart don’t try to stress the topic either, giving “Devotion” an unusual amount of leeway. Instead of a fantasy misconception of the place and time, this exhilarating, throbbing voyage is concerned primarily with the two guys forging a friendship through common respect.

Brown is a pilot with many hidden scars; the insults he cries at himself come from a small book in which he records every insult that was flung at him. Brown, the Navy’s first African American aviator, was assaulted and had many attempts on his life during his early career by his racially discriminatory comrades.

We don’t see the abuse that Brown was subjected to. Dillard is far too astute for such easy pickings. Majors’ superb physical portrayal, a compact bundle of a strutting strut belying the heaviness on his broad shoulders and stress coiled around his face, instead shows the ramifications of Brown’s mentality.

Director J.D. Dillard’s epic war drama ‘Devotion’ presents itself as a tale about its protagonists as individuals from the first scene rather than a thoughtless swashbuckling adventure that celebrates firearms and blood. We are introduced to a crew of young US Naval fighter pilots who are currently earning their stripes in training, but it’s a luxury they won’t be able to enjoy for long. The year is 1950, and they will shortly be strapped in and ready to fly into enemy territory. But, before that happens, the team’s two most distinct units create a unique friendship that transcends their identity, origins, race, and heritage.

‘Devotion,’ albeit slow-burning and unlike most other war films, focuses on its connection and the fragility of the stoic men who leave their families behind to fight for their country. Dillard and his writers expertly alter their screenplay to suit Adam Makos’ book’s joyful quality. And it’s done with God-like precision.

From recreating the 1950s milieu in every area of the film, such as sets, locales, props, and costumes, to introducing prominent characters such as Elizabeth Taylor, who invites the boys to a luxury Cannes casino. As a result, the tale is filled with bursts of life and optimism rather than the hopelessness of death and battle. 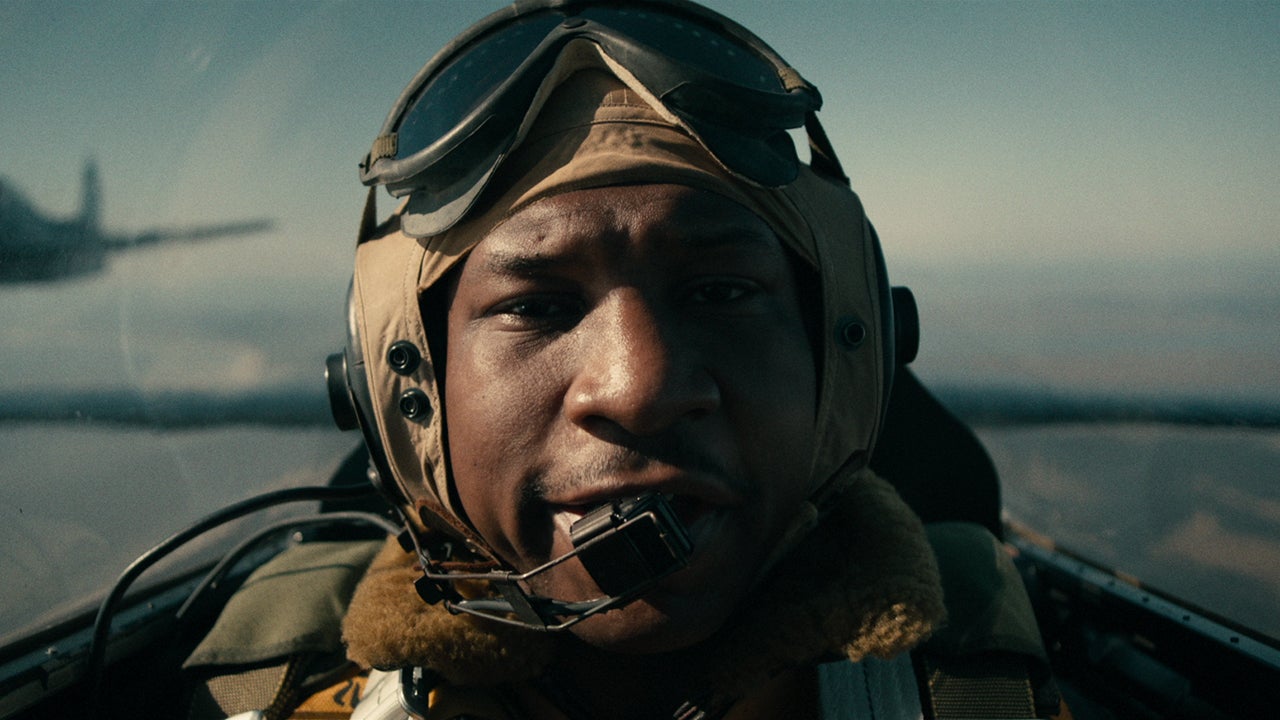 Although there are considerably fewer mid-air action moments, they are all performed with grace and authenticity. A stirring tune and superb photography bring these sequences to life. The film’s speed suffers as a result of the non-fiction premise and the screenplay’s scripting. As a result, it feels long and rather repetitious. However, it aids in setting the scene and engaging the audience in the story of its two characters.

The performances are outstanding throughout, with Majors and Powell shining in their respective roles. Daisy, Brown’s supporting and lovely wife, is played well by Christina Jackson. The subtext of racism is effectively depicted on screen, making one question how Western civilization handled a range of progressive and equally regressive actions in 1950.