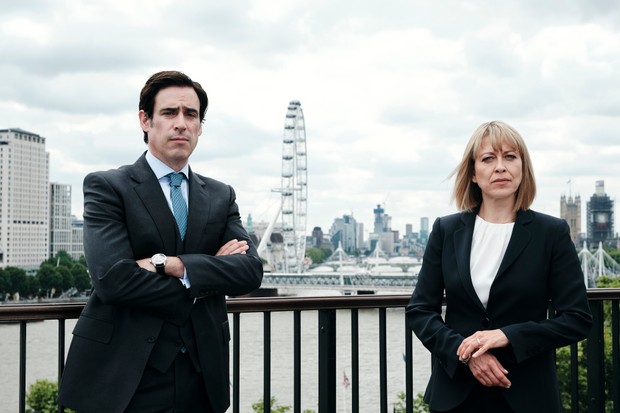 The British legal drama TV series The Split returned with its second season in February, and fans of the series are extremely excited to see what happens in the remaining episodes of the show. We have gathered all the recent updates and information regarding the current ongoing season, so here is everything you need to know about The Split Season 2.

How was the Reception of The Split Season 2?

The current second installment is in its full swing, and it has managed to impress the fans with the same kind of intensity, and they are looking forward to seeing how the story unfolds in the next three episodes. Created by Abi Morgan, The Spilt has been quite a popular show ever since it made its official debut back in 2018.

The first season got a handsome rating in the demographic range of 18-49, and it gathered an average viewership of over 5.5 million. Considering the performance of the first season, BBC One decided to give the show a green light for its second season. Season 2 is following the footsteps and the very first episode opened to a good response, and it gathered nearly 5.19 million viewers in the UK.

The productions of the second season began in March of 2019, and it returned to BBC One with its first episode on 11th February 2020.

What is the Storyline of The Split Season 2?

The first season of the legal drama series followed the family of the Defoe, as they run their divorce law firm in London, and according to the official statement, the second season picked up shortly after the events of season 1. Season 1’s finale got a little messy when it was revealed that Hannah’s husband has been unfaithful and after that, she happens to run into Christie and it was evident that both will unite at some point. BBC One revealed, “With Christie having made his feelings for her clear, Hannah was torn between her past and the promise of a different future.”

In season 2, fans will get to see Hannah having a dilemma in deciding her relationships as she will find it difficult to forgive Nathan for his shenanigans, and although she gets in terms with Nathan, she will continue her relationship with Christie in the shadows. Apart from this, a new high-profile divorce case surfaces up which if resolved, will cement the Defoe’s name in the market.

Fans will also get to see the lives of James, Rose, and Nina. Season 2 will also follow Ruth as she will explore to find a new purpose in her life after she lost her position because of the merger going into action.

Who is in the Cast of The Split Season 2?

When is the update of The Split Season 2 Episode 3?

The Split Season 2 Episode 3 will be released on 2nd March 2020. The complete list of episodes includes: