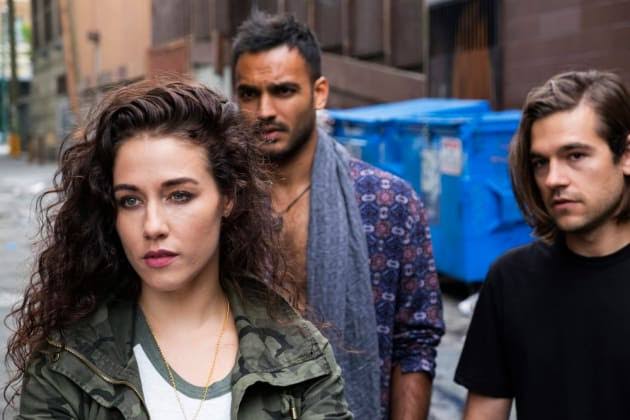 In this post, we are going to talk about The Magicians season 4 episode 7 where to watch, and spoilers. But before that, we would like to take a short recap of the previous episode to understand better what is coming for us in the next episode. Those who have not watched it should skip the next paragraph as it will contain spoilers from the last episode.

The last episode was a nightmare for Penny and Marina as they were locked in magically functioning cages, and they had to find a way to get out. They were kidnapped by ‘horomancer’ with a motive to send them back in timeline twenty-three due to his collection. But the duo managed to grab his dimension jumping device and leave, but they end up messing more as they could not land where they want to. On the other side, Alice found where she was supposed to go, from the book of worlds. She traveled to Modesto, California and met Sheila who is coincidentally possessing magic but does not know her abilities. Alice informed her and Sheila convinced her to become a teacher. So, let’s talk more about the next episode ahead!

The show is available to be watched online on the SyFy app, where viewers have to add their TV subscription details to view any of the SyFy show online. The show can also be streamed online on several online streaming options such as Hulu, Roku, Sling where viewers can watch The Magicians by streaming SyFy channel at the mentioned time.

The next episode will feature Kady, finally, as the fans were waiting deliberately to see her, and we are finally going to see her. She is supposed to go to the flea market, but nothing more has been disclosed. On top of that, the synopsis suggests that there will be a lot to talk about Zen in the next episode. Moreover, Zelda will also have something which might excite the viewers. Take a look at the sneak peeks of the next episode!