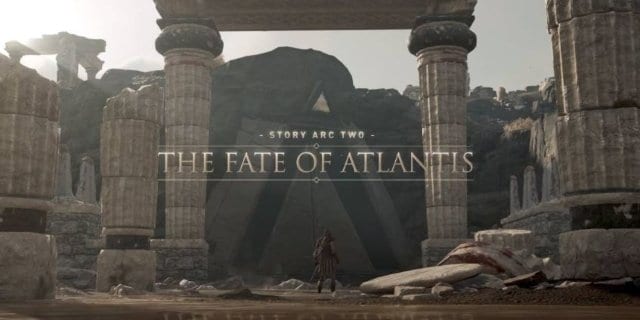 Ubisoft Quebec launched Fate of The Atlantis Fields of Elysium yesterday. Atlantis is based on the universal myth of a civilization that advanced too close to the sun. A universal myth, it traces back to centuries and centuries. Atlantis is the motif of an advanced civilization which became the victim to its success. The Atlantis fables have found a place in almost every media house, Warner Bros, Disney, Lord of the Rings, you name it. The first episode of Fate of Atlantis DLC in Assassin’s Creed Odyssey works differently past everything.

In Fate of The Atlantis Fields of Elysium, you have every bit of a chance to create your character and pick up at the DLC directly, this a quality-of-life upgrade. Once you download Assassin’s Creed Odyssey, go to the storefront of choice to separately download each episode of the DLC. This is where you skip to DLC quests by selecting “Fate of Atlantis” from the main menu and then choosing the second option there. Season pass or want to download it as a standalone; you need to go to your storefront of choice to download each episode of the DLC separately. This legendary armor consists of one boosting Warrior skill damage, one for Hunter skills, and one for Assassin abilities.

The end will lead you to complete the Lost Story of Greece. Upon completing your quest, you can load up your game where you should hear Aletheia speak to you and automatically receive the quest “The Isu Beckon.” To start it, you travel to the gates of Atlantis on the island of Thera. If you struggle to get the quest prompt to appear, you need to restart your game and make sure that you’ve downloaded episodes individually, not just bought the pass for the DLC.