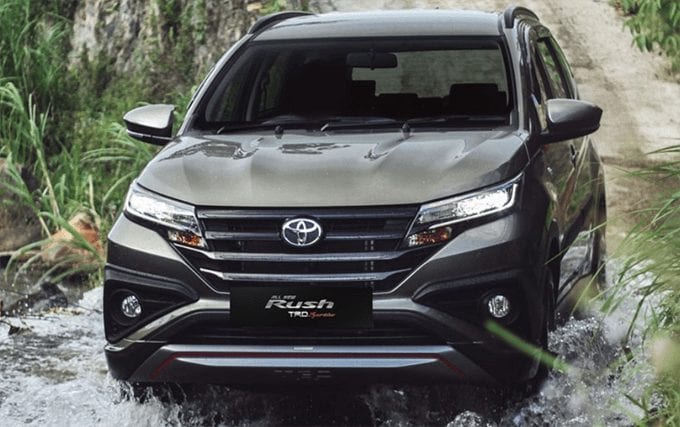 There are reports that Toyota will be launching its SUV called Rush in India. It is a compact SUV that will be competing against the likes of Hyundai Creta, Renault Captur and Nissan Kicks. The official release date of this SUV hasn’t been revealed to us but might be released in 2020 or 2021. Many expected it to release this year, but it isn’t possible as Toyota has a lot of cars coming these years. This will be the first car that the company has manufactured in this particular vehicle segment. This company is mainly famous with premium models like Fortuner, Innova Crysta, and Camry Hybrid. Moreover, these three cars have contributed the most to the manufacturer’s sales.

Toyota Rush will use the new TNGA platform which is going to be stronger. Also, it will be lightweight, and this platform will be shared by Suzuki for their future SUVs. There will be two variants which will be petrol and diesel for sure. Under the hood is a 1.5 Liter petrol engine from Yaris. This can produce 107 BHP of power and 141 Nm of peak torque. The details on the specifications of the diesel engine are yet to be revealed. The Rush has a 5-speed manual or a 4-speed automatic transmission. It has a ground clearance of 220 mm, which is 10 mm more than the Duster’s ground clearance. The Toyota Rush offers many features such as LED headlamps, alloy wheels, start/stop button, automatic climate control and touchscreen audio system with a rear parking camera. The price of Rush is still unknown, but the range might start from Rs 10 Lakhs and end around Rs 14 Lakhs.

Josee To Tora To Sakana-Tachi: Movie Release Date and Information