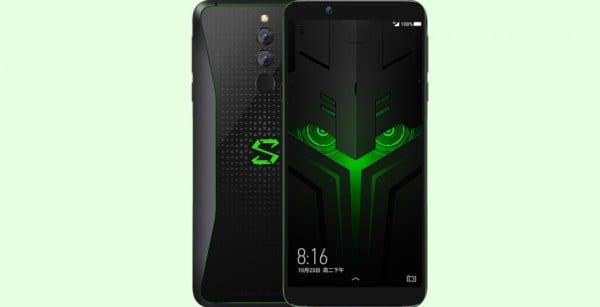 Xiaomi Black Shark 2 is all set to be released today, 27th of May 2019. It is a gaming smartphone that comes with Magic Press pressure-sensing technology, which we’ll brief you with later. Besides other things, it supports 12GB of RAM and a Snapdragon 855 SoC. The gaming mobile will be launched in India today, and it comes from Xiaomi sponsored brand Black Shark. This launch took place in New Delhi at 1 pm IST. For now, Xiaomi announced the price of the gadget, this beast of a phone would be available in India starting at ₹39,999 with two variants: 6GB RAM along with 128GB storage and the 12GB variant with 256GB of storage.

Black Shark 2 was launched in March of 2019 by Xiaomi in China, and it comes with an industry leading processor which is the Snapdragon 855 chipset. The stand out feature of the phone is the RGB-lit logo on its back with those few strips on the sides. The smartphone has dual cameras on the back, not a unique thing though. Black Shark 2 is all set to give a stiff competition to OnePlus 7 series and Redmi K20.

Regarding the availability bit, Black Shark 2 will be available in India exclusively via Flipkart starting June 4th for a price of ₹39,999 for the 6GB+128GB variant and ₹49,999 for the 12GB+256GB version. For now, the smartphone is only available in China and India.

Read the full specs below: