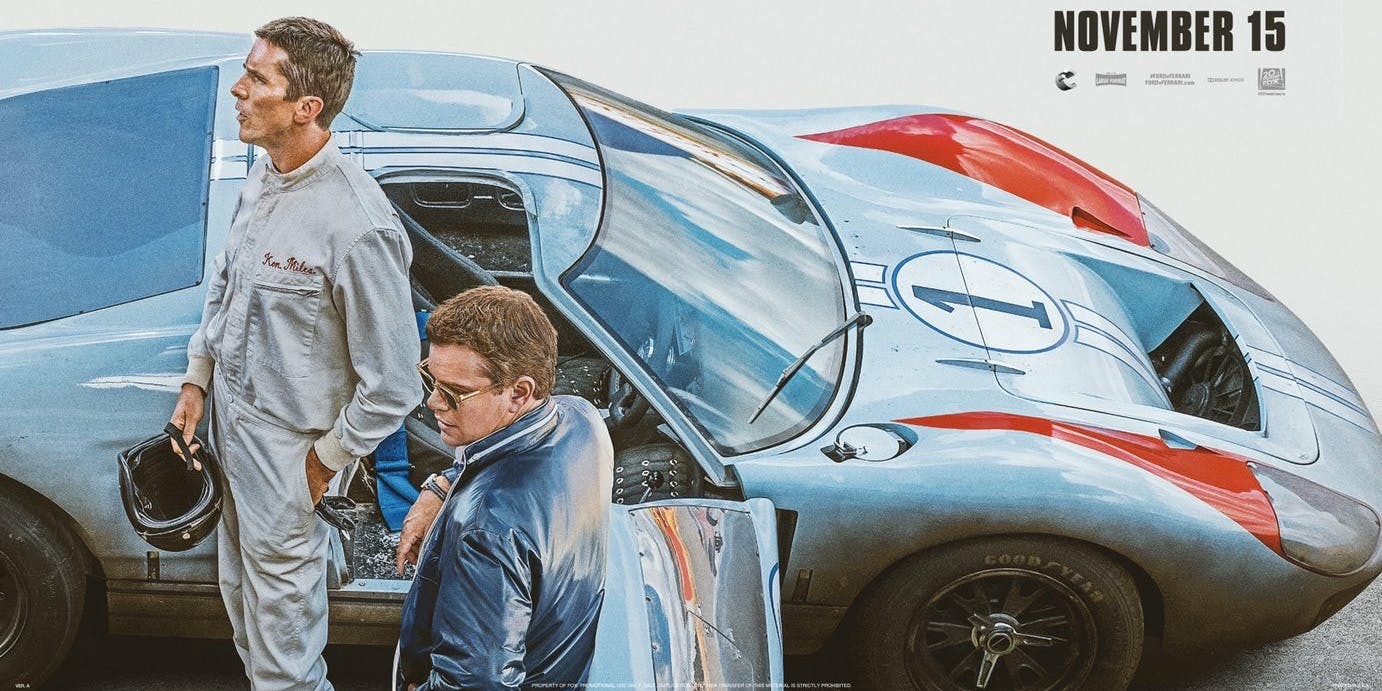 Ford v. Ferrari is an upcoming biographical movie which is being directed and co-written by James Mangold. The movie follows a group of American engineers and designers. They are being led by automotive visionary Carroll Shelby and his driver, Ken Miles. Henry Ford II and Lee Iacocca send the group of people to build Ford GT40 from scratch. They want to build a machine that will end the dominance of Ferrari at the 1966 24 Hours of Le Mans race in France.

The movie is based on the rivalry between Ferrari and Ford. The two were at each other’s throats as they competed for the dominance at Le Mans endurance race. The movie was originally going to feature Tom Cruise and Brad Pitt in the lead roles. However, the project fell apart. The trailer was released recently, which is linked below!

Cast:
The cast of the movie has some big names, and the audience would be expecting a big performance from the cast. Christian Bale and Matt Demon have been known to put in tremendous shifts in whatever movies they are involved in. Here is the cast of the movie in full-