Ajin is a dark fantasy and supernatural action thriller based on the manga of the same name by Gamon Sakurai. It has had animated films, anime, and live-action adaptations. A Pretty good story as well as one of the few out there with a really competent villain. Let us deconstruct this story to see what makes it makes a must-read/watch thriller.

Ajins are considered a threat to humanity since they are immortal. Since it is highly likely for them to use their regenerative powers for evil purposes. Therefore, whenever discovered Ajins were caught and taken into custody. But to the public, it was told it was to protect the Ajins & humans while in reality they were used as lab rats. Kei Nagai, an ordinary high school student knew very little about Ajins. He had seen them on the tv and heard about them in class but was never too interested. Till his life turned upside down when he discovered he’s an Ajin after surviving an accident that should have killed him. With no one to trust and a nationwide hunt on him, Kei’s life on the run begins.

Terrifying and tormenting, as it should be Kei learns to accept his Ajin/black ghost and control him. His goal? To Survive at any cost as well as prove that he is not the monster that everyone believes him to be.

Diverse characters exist throughout the story. The disparity is not just in the physical features but even the personalities vary greatly. Kei is just like any other ordinary student not bothered about what is happening around him, till he can no longer choose to ignore it. After being discovered as an Ajin, he’s labeled as a monster and has no chance to refute it. All he can do is go solo and survive. Even though the situation is unbelievable Kei doesn’t go insane immediately. He tries to figure out who to trust and how to go about it. 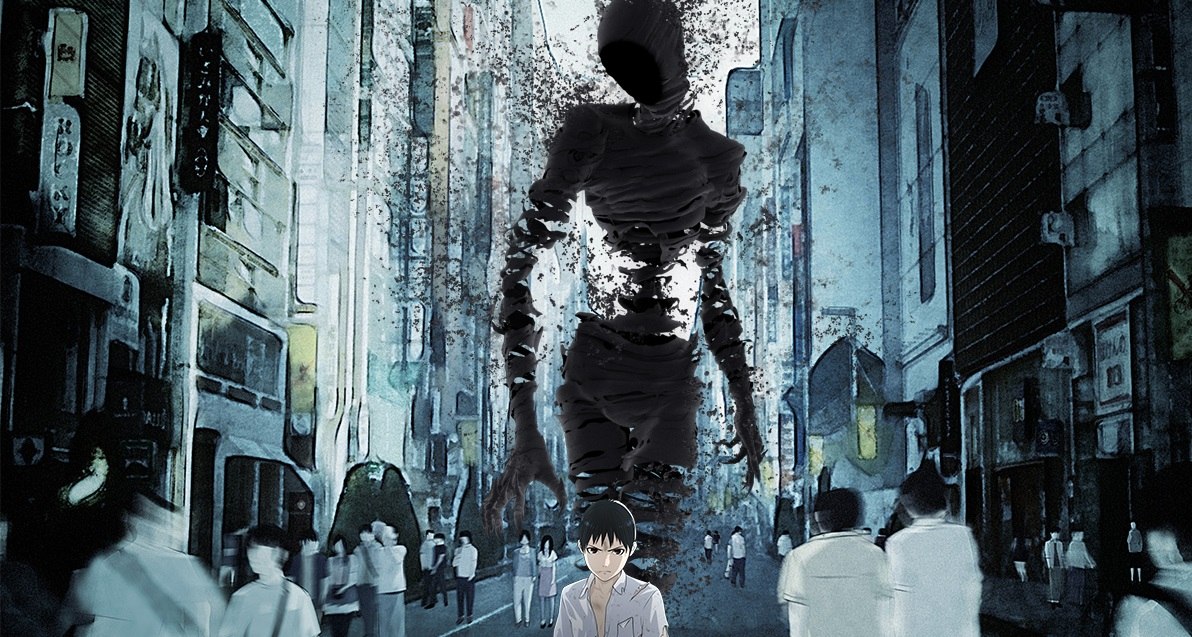 Against his will, when his friend Kaito decides to help him, he escapes without him. Though later on Kei believes Kaito and decides to take his help. Ko is another Ajin who ends up becoming Keis’s partner in an attempt to stop Sato. He’s the ‘muscle’ of the duo since he’s fitter but relies heavily upon Keis’s intellect and plans for carrying out their operations successfully. Yu Tosaki, the head of Ajin Research has zero feelings for Ajins. They are objects for him to use and learn about to prevent threats. But Sato’s appearance makes him change his stance slightly and sides with Kei to stop Sato. Of course, the deal is to let Kei live a normal life later for cooperating.

His bodyguard, Izumi is an Ajin who he took under her and gave a separate identity. Since having Ajin by his side would keep him safe plus for Izumi, this was the only option she had to escape her abusive father. Kei is sharp enough to know his needs and how to get them which makes him an enjoyable MC compared to the dumb OP MCs that are usually seen in action anime. For the show to be a complete success a worthy rival is needed and we get him in the shape of Sato. Sato is a cunning, cruel, and calculating ex-mercenary widely considered the most dangerous Ajin.

He seems to be an old man who loves games but is actually bloodthirsty, loves violence against all Ajins, or humans who don’t agree with him. Sato always has a no. of tricks up his sleeves and is merciless.

The manga is being published by Kodansha and has a total of 16 volumes now. Out of these 15 volumes are available in English and 16 one is to release in English in 2021.

The animation is not bad and thanks to the insane plot extremely engaging. The only problem seems to be its 3D animation which is not favored by most. The opening and ending themes are rock-based and definitely jam-worthy songs. It’s an animation I would definitely recommend cause action lovers especially since this is paradise.

And the not-so predictable villain may even make one root for him!

I was pleasantly surprised after seeing Ajin: Demi-Human live-action film as compared to the disasters that most anime turned into live-action films, this one was great. Apart from the slight changes in the story to fit it in the time frame, this movie was very well made with an excellent cast. The special effects fit perfectly and the action scenes got me so hyped! For the first time, I could say that this is a worthy adaptation. Those who are hesitant to watch the anime can check this out. 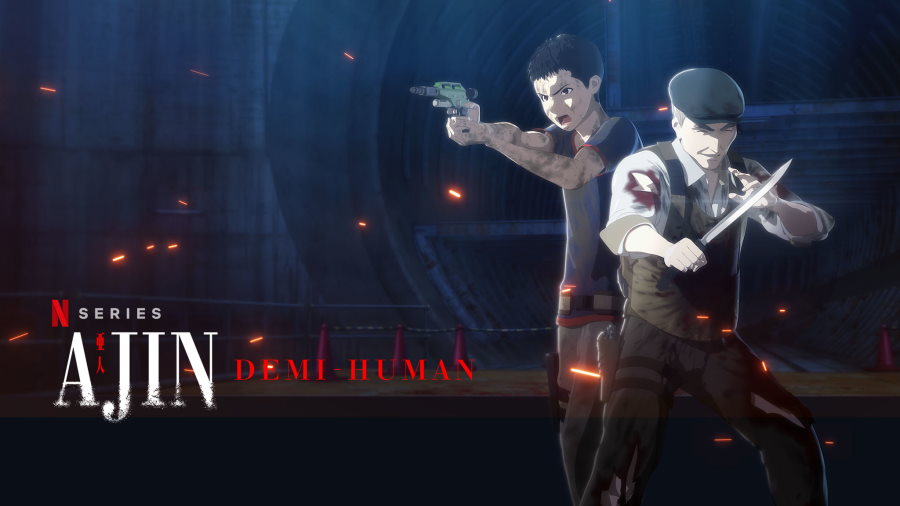 What Makes The Series Unique and Worth Watching?

The out-of-the-box situations that take place, Satos insane plans, and the fact that he carries them out casually!? As the viewers, one can literally feel the tension between Kei’s group and Sato’s group. Even when they are prepared for the worst there is a lingering fear…of being the ones who will suffer because Sato alone is so terrifying. It is immensely satisfying to see a rival so overpowered that he doesn’t need an army of misfits to generate fear. As he himself is literally a one-man army.

Then Kei himself is a non-typical mc who initially seems like a cynical guy but later is revealed to be good-natured. Instead of turning physically overpowered, Kei’s intellect plays a huge role in his group’s survival. He’s not weak at all in fact his Ajin may be one of the stronger ones but the fact that he balances his physical strength alongside his intellect makes him an intriguing character. How can Ajins who just don’t die and especially one like Sato be killed, will Kei ever get back to his normal life or will the whole world fall into chaos as Sato wishes?

House of five leaves is a Japanese animated series released in 2010 and consisted of 12 episodes. It is based...