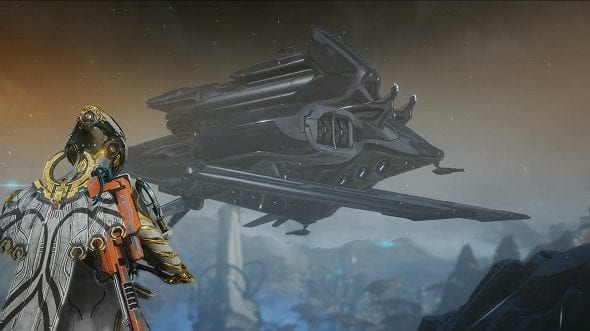 At the Warframe’s fourth annual day-long celebration called TennoCon 2019, a 42-minute long preview of Empyrean was provided to us. It showcased Warframe intro cinematic live on stage by the developer Digital Extremes. The game marks the return of the combined-arms space combat, first seen as Codename: Railjack at Tennyson 2018. After this, the game was reintroduced as the new Empyrean expansion at E3 2019.

Empyrean us a little more complicated than this big space ships that you generally see. It isn’t just about the co-op teams, but it has the direction of expansion that Warframe has taken. Empyrean draws inspiration from Shadow of Mordor, Kurosawa, and FTL, but then again it is an expansion and nothing less. The developer Digital Extremes shy away from calling the game that.

For us, upon an initial assessment, Empyrean doesn’t have new content; nevertheless, Digital Extremes has linked it to Warframe’s existing world. Besides that, there is no headline locale; but the other star features of Empyrean are subtle. The giant spaceships have become customizable, and there is something similar to the Shadow of Mordor nemesis. Other such upgrades include the redo of many weaker parts of the game.

Potentially the most important is that players are getting a spaceship. The Railjack was teased at Tennocon 2018, and again at E3, but today we got to see exactly how this vessel works. The Railjack is inspired by FTL: Faster Than Light, the roguelike spaceship management game by Subset Games.

Digital Extremes hasn’t still given us a update on Empyrean. But we sure hope it comes out soon. More as we have it.