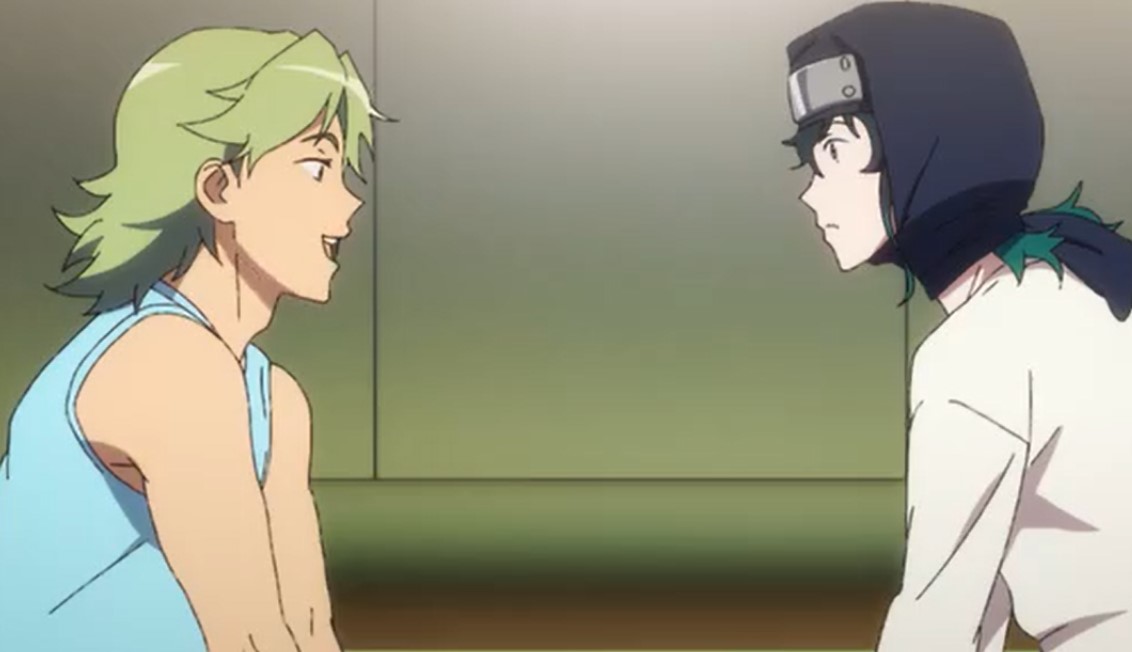 Joataro is preparing to meet with the new famous gymnastics Minamino who has challenged him. In the morning Joataro is training with his coach Noriyuki who told him to do each move carefully one by one with no mistakes. He told him that he is on the right track. He also told him about the NHK cup and he must be careful with the young gymnasts. Joataro asks if Noriyuki is talking about Minamino and he replied that not just only him.

Noriyuki reveals that the new generation of young gymnasts is carrying the gymnastics world. He advises Joataro to polish everything he has done up until now. He must always focus than before when he used to win everything since things have changed now. Leo is nearby with Tackey he asks what Joataro and Noriyuki are talking about. Tackey reply that they are talking about NHK and Leo asks what does NHK stands for. Tackey reply that it stands for Ninja fugitive Has Kangaroo in his pocket which is a lie.

The Gymnastics Samurai Episode 5 will be released on Sunday, 8 November 2020, at 1:30 AM JST. This Anime will releases a new episode every Sunday. Watch this Anime officially on AnimeLab. Let’s move on to the latest updates of this Anime below.

Previously on The Gymnastics Samurai Episode 4

Tackey adds that there are two big competitions in gymnastics All Japan and NHK. All Japan takes place in November and it takes top 7o participants and NHK takes place in April. It is a world championship that takes top 35 and the other one took place in May. Leo said it is a big war waiting for Joataro and he decided to help him. Later Leo met with Rei being teased by a group of boys telling her that her father is a quitter. They sing a song about her father retiring and Leo came and defend her.

Rei took him and went away with him she asked him why was he defending her. Rei refuses to listen to Leo and told him that he must not tell her father about what he has just seen. She also told him if he spills the bean she will be done with him and at the gym, Noriyuki asks Joataro about Rei. Joataro replied that she is doing a great job without knowing what is happening to her.

Noriyuki asks if she is in elementary school and he replied that she has just started 4th grade. Joataro promises that he will do his best for the sake of his daughter Rei. Leo is getting worried about Rei and he started spying on her. Rei receives a letter from a school summons her parent to attend a parent’s meeting.

The boys tease her that since her father is Samurai he won’t come and her friends came and stop the boys from abusing her. The day of the meeting arrives and Leo decided to go in a form of Joataro and make her famous to the class. Later Rei gets upset and scolds the boys who tease her father and told them that she is proud of being Samurai’s daughter.

As of now, that is what episode 5 has revealed for us. For you to get more updates keep visiting it will be available as soon as a new episode is released.