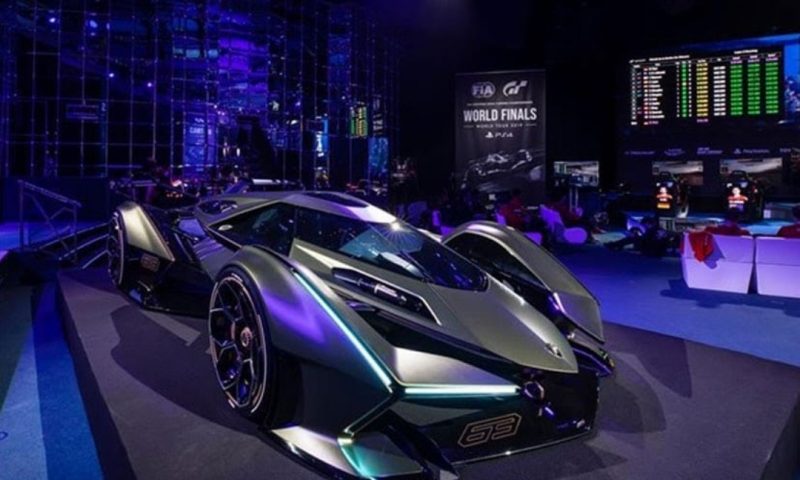 The new model of Lamborghini came out, which looks like a Batmobile. We don’t need to talk about what is the Batmobile. It’s the iconic vehicle used by Batman as he races through the streets of Gotham. We have already seen Bruce Wayne driving Lamborghinis, but the Vision GT resembles the Batmobile very closely.

Batmobile first appeared in the Batman comic books in Detective Comics #27. The batmobile got its name in the Detective Comics #46. In the beginning, Batmobile looked like a normal car. Since then, the car has been upgrading with time, and many versions were seen in Batman Begins, a gun loaded version in Batman v. Superman. Maybe we can get to see a whole new version in The Batman of 2021?

Gran Turismo shared a clip of Lamborghini Vision Gran Turismo during the finals of Gran Turismo championships. The best features of the car include a new look, epic music, and sparks coming out of the car. Then there was a whirl of the engine which shows how powerful the engine is, as the clip comes to an end.

The car’s design made fans compare the looks of Vision GT to Batmobile. It seemed like a Bruce Wayne car. People cannot help but imagine a Batmobile speeding through the roads. It will also be included in the latest racing games. This car would win the hearts of the people, even in a video game.

Is there any chance that the car will hit the theatres in any movie like The Batman? Cars are definitely a great stimulation to the visuals, along with the tons of gadgets that play a major role in making up the superhero, so it would be great to see how Batmobiles evolve with time.