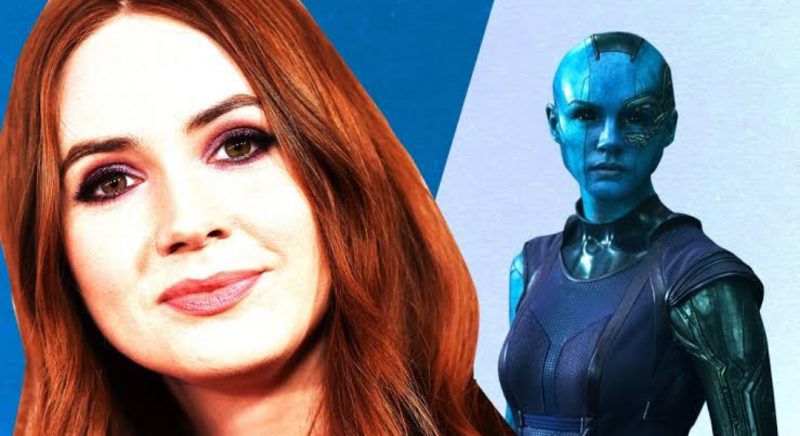 Karen Gillan has referred to the script of Guardians of the Galaxy Vol. 3 as ‘amazing.’
She also feels like it wouldn’t be right to have someone else in the director’s position other than Gunn. Gillan has written and directed a movie The Party’s Just Beginning, which is being promoted by her now. It was popular news that Gunn was fired by Disney and was hired by them again in less than a year. The firing of Gunn had shaken the cast and crew, and they wanted him back and submitted a joint statement to bring him back.

When the news spread that Gunn will be directing the volume 3 of Guardians of the Galaxy, fans were overwhelmed with joy. There was no surety until now if the movie will get released, but now it has been confirmed. Besides referring to it as amazing Gillan also said,

“We’re all really excited that James is back to complete the trilogy because it wouldn’t have felt right without him. It’s a wonderful, wonderful script.”

Seann Gunn, James Gunn’s brother, suggested to go back and review the script, which Gunn has most probably done. However, he has been busy the production of The Suicide Squad recently. Gillan was allowed to go through the full script, unlike she got one in Avengers: Endgame.
Gillan was very happy when she was asked to play Nebula in Avengers: Endgame as she had enough scenes to play. What she said was,

“When I signed on to Nebula, it was eight days of filming, and she was supposed to die in the first Guardians film. So to go on and be able to evolve the character and then have her be this pivotal role in Endgame was amazing. I didn’t see it coming at all.”

When is it releasing?

Thehas not been confirmed yet for Guardians of the Galaxy Vol. 3. The focus right now is on the Suicide Squad, so we might have to wait a bit until Gunn returns to work on the movie.