by Sarthak Kumar
in News
0

For mangas getting an anime adaptation is one of the greatest achievements. Maybe in Japan, mangas are way popular than anime but it is not the same on a worldwide level. We are sure that international otakus prefer anime over manga and there are some obvious reasons. Anime provide stunning visuals, sound effects, etc which is not possible for Manga. It’s true that Manga are the root in this industry but most fans select anime over manga. Although, it’s not compulsory for every manga out there. For instance, in the case of Tokyo Ghoul, fans loved Manga compared to the anime adaptation. Just like this, there is one more manga series that is getting an anime adaptation. Is it going to impress anime lovers?

On 13th December 2021, the official publishing company of Migi To Dali, Kadokawa Shoten revealed that the series is going to have an anime adaptation. As for now, there are no further details regarding the announcement have been revealed. But the creator of the series, Nami Sano is pretty happy which is quite obvious and he shared this official illustration of the series to celebrate:- 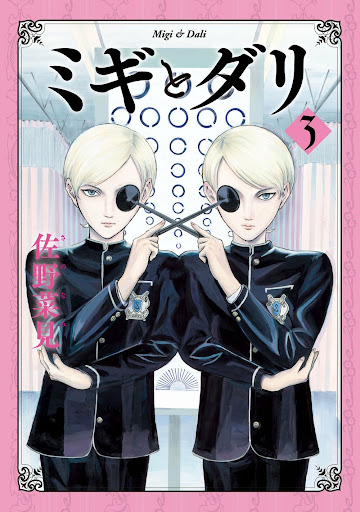 In the 89th Issue of Kadokawa Shoten, Migi To Dali released its final chapter on 15th November 2021. And now the franchise is going for the anime adaptation of the series.

The series revolves around twins known as Migi And Dali who carried a dark past. When they were young, they lost their mother suspiciously causing very heavy damage to their childhood time. Even when they were brought to the Orphanage, they were quite shocked by the death of their mother which develop their doubt about it. After some time, a couple came to the orphanage to adopt a child. As soon as Migi and Dali got to know that the couple is from the Oregon Village (childhood place of Migi And Dali and where they lost their mom), they made a great plan to investigate what really happened with their mom. They act as single children known as “Hatori” as the couple isn’t aware of the fact that Hatori is basically an act of the Twins ( Migi and Dali). They swap their position as per the requirements to fool them and somehow managed to win the hearts of the couple.

We are aware that this is high time for Boku no Hero Academia. The manga series written and illustrated by...