Millie Bobby Brown Set To Team up with The Russo Brothers! A Sci-fi Movie in Works

Millie Bobby Brown Set To Team up with The Russo Brothers! A Sci-fi Movie in Works

I think everyone saw this coming once in a while. Millie Bobby Brown and the duo of Anthony and Joe Russo, who are both huge names today in the entertainment business were bound to come together once in a while taking a look at how massive they have become. Millie Bobby Brown who started out playing as the lost kid with supernatural abilities on the Netflix flagship show “Stranger Things” got a huge push and is riding high on success with her constant big movie signings including the likes of “Godzilla: King of the Monsters” and “Enola Holmes” starring with mega movie stars.

On other hand, we have the ultimate duo of Anthony and Joe Russo who have now made their place as top-class directors of the entertainment business after embarking on the success they received for directing movies of the Marvel Cinematic Universe including “Captain America: Winter Soldier”, “Captain America: Civil War”, “Avengers “Infinity War”, and “Avengers: Endgame.”

Now, just imagine what will happen when if these two entertainment giants of today come together. Of course a journey to another huge movie. So let’s not wait any further and break the news.

“The Electric State” is set to be directed by Russo Brothers, Officially Starring Millie Bobby Brown 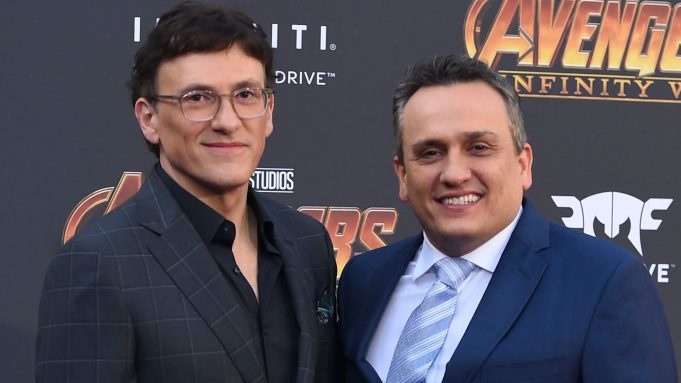 So, as the headline read, it’s true. Universal Studios has officially managed to grab the rights for “The Electric State”, a sci-fi film that is going to be directed by the Russo Brothers. And now it’s official that Millie Bobby Brown will join hands with the hit duo and star in the movie. On the other hand, we also have Christopher Markus and Stephen McFeely who previously worked on the hit Marvel Movies of the Russo brothers as scriptwriters and they will also be giving their service of script-writing for the upcoming sci-fi film. Now from the looks of the team, it already seems a hit movie project.

“The Electric State” based on the book of the same name by artist Simon Stalenhag will see Millie Bobby Brown as a teenager in an alternate future where a mysterious robot sent by her missing brother finds and approaches her. Soon after realizing the robot is sent from her own brother, she sets off on an adventure across the country to find her brother in a post-apocalyptic robotic world with robot battles and lots of electronic garbage. On her way she also witnesses and solves a lot of conspiracies surrounding the alternate future unraveling dark secrets.

The Russo brothers in an interview talked about the movie and positive signs of theatres coming back to life and they quoted, “We’re thrilled to have this deal with Universal who has committed to a theatrical release of Electric State, this is incredible news for us as filmmakers, and for audiences around the world who want an opportunity to experience films in theaters again. This is also a positive sign that, as vaccines become available, the theatrical market is returning.”

Stephen McFeely who will be part of writing the script of the movie also commented on the upcoming project and how he loves working with The Russo Brothers and wish to always write for them. McFeely quoted,”We’d have Joe and Anthony direct everything that we write and were excited the timing worked out for them to come on as directors. What’s nice about this is the themes of Electric State syncs up with their interests in technology and feels like the perfect property for them.”

Right now, there are no further details about when the movie shoot will begin and when to expect its release. The Russo Brothers are currently busy with Netflix’s high budget action movie “The Gray Man” featuring Ryan Gosling, Chris Evans, and Ana de Armas. On the other hand, Millie Bobby Brown is also on the sets of Stranger Things Season 4 and has been kept busy.

While everything works out, we will keep updating you about the upcoming “The Electric State” movie. So stay tuned.