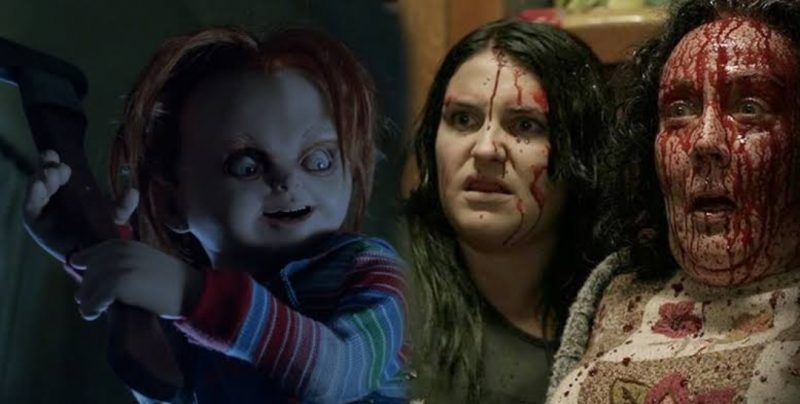 The list of horror movies will seem to deliver more than what we had gotten in 2019. Fans will get adequate options to choose their horror movies. We have gathered several titles that might make you interested in its thrilling themes.

The movie was filmed in 2017, and it has been a while since Kristen Stewart has made an appearance in a horror movie. T. J. Miller’s involvement, who is a disgraced comedian, made people worried that the horror theme night ends up as a failure.

The movie will feature something like aliens at the bottom of the sea. It will be interesting to watch what is lurking at 4th he bottom of ocean trenches and what adventure it has in store. The movie will be releasing on 10 January 2020.

The turning is based on the 1898 novella The Turn Of The Scew by Henry James. The movie has an old fashioned theme. The cast consists of talented artists such as Mackenzie Davis, Finn Wolfhard, and Brooklyn Prince.

The movie is one that should be watched on a spooky night. However, it’s hard to tell about the storyline but seems to have a lot of potential in it. The movie will be coming out on 24 January 2020.

Fantasy Island might seem to be an odd movie as the popular television series from the 70s is getting a movie platform. The movie might be considered to be risky because the movie will be relying on old fans. We do not have footage right now, but the description gives an idea about a modernized horror. Jeff Wadlow directs the movie, and this does not provide a lot of confidence about the movie. The cast consists of Michael Rooker, Lucy Hale, and Maggie Q.

After the failure of Mummy in 2017, the Marvel-Esque cinematic universe has decided to give a try to their another bright idea. The movie is based on H.G. Wells’ classic novel, along with an unusual approach to the original novel. The film revolves around Elisabeth Moss, who rebuilds her life after her invisible ex-boyfriend commits suicide.

No one had expected to get a sequel to John Carpenter’s movie Halloween, but here we have it now. The last movie’s ending seemed like something that could not be continued, but we got a continuation. There is going to be one more sequel that is Halloween Ends that will be released in 2021. So we have two sequels coming up, which decrease the tension for the next movie.

The movie was released on 3 January 2020. It has been a significant horror movie and is an attempt to introduce the theme of horror in the early days of 2020. It is a movie worth watching in the Japanese horror franchise. Sam Raimi has produced the film, and Nicholas Pesce is the writer. Pesce’s work has proved to be surprisingly filled with confidence, and his works never fail to produce a striking tale.

With so much on the plate, fans are going to get a lot of options to choose from. The fans are very excited about the upcoming movie as well as the sequels, and no matter who you are, the theme of horror is an all-time favorite for most fans out there.