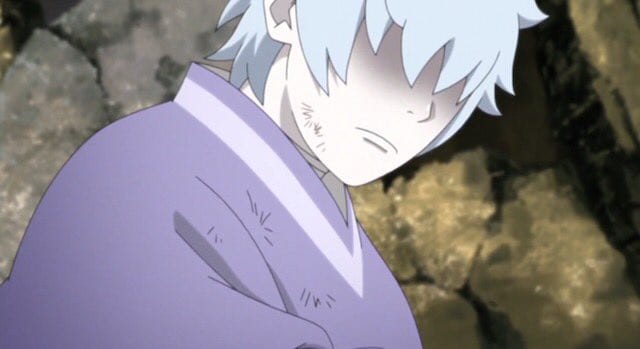 Boruto Episode 91 will see an end to the Mitsuki arc, and it makes me more excited about the final fight. As we in the previous episode, Ku has finally gotten what he wanted, and that’s a heart. He has healed from his injuries, and he now aims to take over Iwagakure. However, in his way stand Boruto Uzumaki, Sarada Uchiha, and Mitsuki. That’s not all.

It seems Onoki is also making his way towards the scene to stop Ku, and it looks Onoki may very well die here. I don’t want Onoki to die, and I think he’s a character that deserves to be respected. However, I believe that the way the arc has been headed, it is possible that we may see a critical death after all. 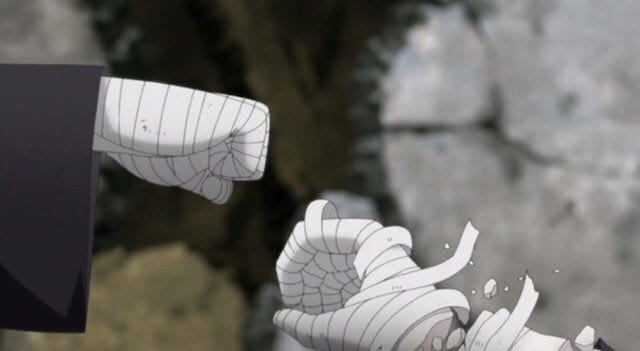 Coming over to the spoilers for Boruto Episode 91, it seems that Mitsuki will stand against My first, but he’ll be paralyzed easily. Boruto will face Ku, but he won’t fare too well. Onoki will also arrive at the scene, and it seems that he’ll finally realize that he has committed wrongful acts.

Onoki will be looking to sacrifice himself, and take Ku with him when he goes. We don’t know whether Onoki will live, or die, but I’m expecting Kurotsuchi to make her appearance right on time, and she’ll then put an end to Ku. It is also possible that Konohamaru will fight Ku and defeat him. Honestly, Ku’s defeat is very much predictable now. We have to see whether Onoki will survive or not.