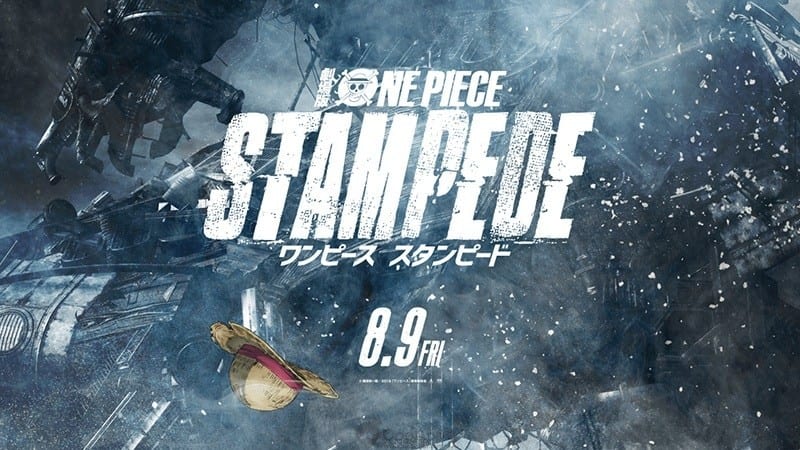 One Piece is getting a movie this year to celebrate the 20th anniversary of the anime. You’ve probably heard about that by now. The news about the film came out about 2-3 months ago, and we recently got a name for the movie. As you can see from the title, the movie is called One Piece: Stampede.

A Key Visual was also released along with the title of the movie, and it shows a giant figure trying to step on something underwater. The character design sheets for the Strawhat Pirates cam out at Jump Festa, and they look cool. However, not much is known about the plot of the movie so far. Now, we finally have our first bit of real information on the film, and it is going to excite a lot of you guys. 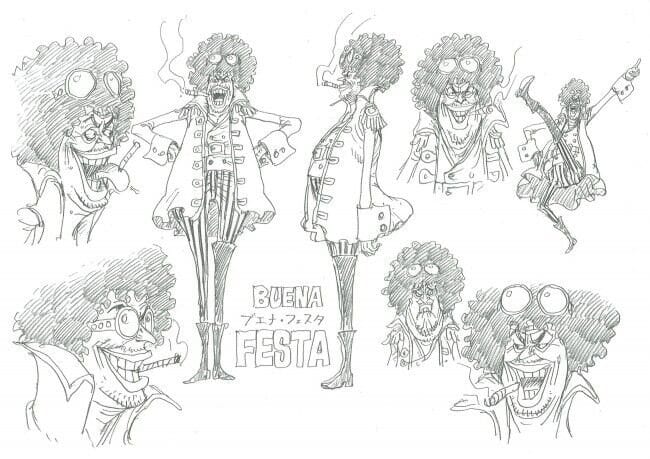 Buena Festa from One Piece: Stampede

We have the first character sketches for some characters from the movie that are not the Strawhats. That’s right. Two new characters have been introduced to us already, and they look perfect, in my opinion. The first character is the tall looking guy who looks a bit like Brook and Aokoji and has an afro. His name is Buena Festa. We don’t know whether he’s a villain or not, but he certainly does look like one. 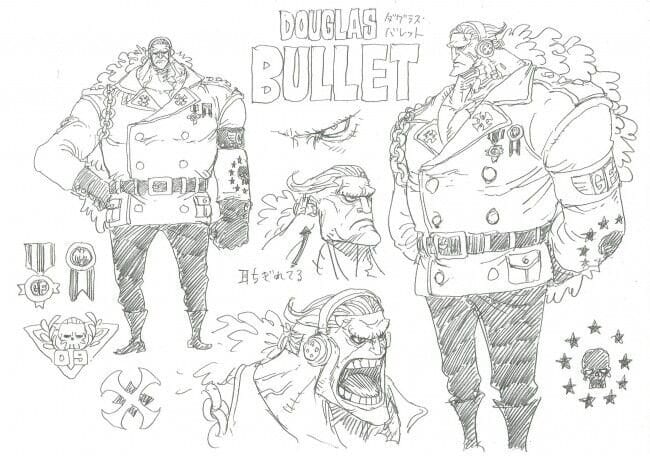 Douglas Bullet from One Piece: Stampede

The second character looks a bit more menacing. His name is Douglas Bullet, and he is a bulky person who looks stronger, at least from the designs. He also seems to be a Pirate, because there’s a Pirate Skull on his sleeves which is circled by stars. He’s even dressed like a military man, so could this be out villain? I’m not too sure, but we’ll find out soon enough!

One Piece: Stampede will premiere in Japan on August 9, 2019.