Crime and action sweep through the nation of Cremona. Among the major criminals, there is “Killer B,” a serial killer who has thrown the city into chaos. The protagonist Koku and Keith, one is a mysterious criminal, and another is a legendary investigator of the Royal Investigation Service (RIS), both of them in search to fulfill their objectives, cross each other’s paths, and a series of events take place.

The series’s storyline and plot are intense and engaging, which lights our curiosity; there are plenty of twists and turns to keep you engaged; it’s not a traditional mystery. The story weaves two stories together, one of a supernatural mystery and another detective searching for a murderer. At first, it makes you believe that this is a magical anime set up in a modern world, but gradually it makes you realize the truth of a world overpowered by myths and technology. The pace of the story is fast but not rushed; it doesn’t slow down at any point in time.

The story has a lot of violence, and sometimes it could be a little creepy. The story stumbles in the middle, and also the first half is somewhat ambiguous and takes its time to get along, which might test the patience of the viewers. Also, the story’s setting could have been explained in a better way, although it doesn’t make the show boring. It also compels us to immerse ourselves in their struggles. 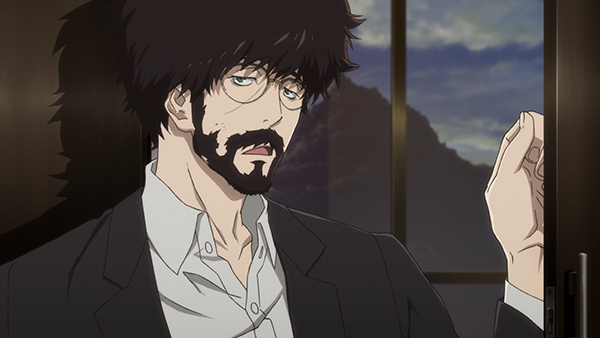 The second half of the story is much better than the first half, where they slowly untangle the words that were weaved together and gradually answered all the questions in the viewers’ minds. If you are someone who is always up for some unconventional mystery, then you should watch this.

We have two main characters Keith Flick and Koku. Keith Flick looks like a fierce and raw former detective helping the police search for Killer B. The other protagonist Koku with enigmatic black wings gives a somewhat confusing impression in the first half but turns into a developed character by the second half. Lily, or the female protagonist of the story, is a comic relief to the information because of her lack of experience. Her simplistic theories help viewers to understand the complicated situation going on in the story.

The villains or the Market Makers are a good set of villains, but their characters were not portrayed well. The names are exciting, and they are the major engagement points but giving them little external motivation destroyed their feelings. Many anime villains are far superior to the protagonists of their show; market Makers had that potential. Still, in the name of being antagonists, their characters didn’t get the justice they deserved, like a convenient plot device. In the end, it makes us feel that these characters should have got their time to shine.

The art and animation are outstanding; there has been no compromise in that. Production I.G has once again given us a visual delight. The fight scenes are just great, and even if the story fails, the animation will make sure to engage you.

The character designs are also really great and distinct, from the protagonists to the villains, all of them have been designed very well. Every member of Market Makers looks exactly what you expect from the members of an organization of outcasts, from flashy tattoos to golden drugs with rich taste in clothing, a whole mafia group.