Friday Night Dinner Season 6: Will There Be Another Series? 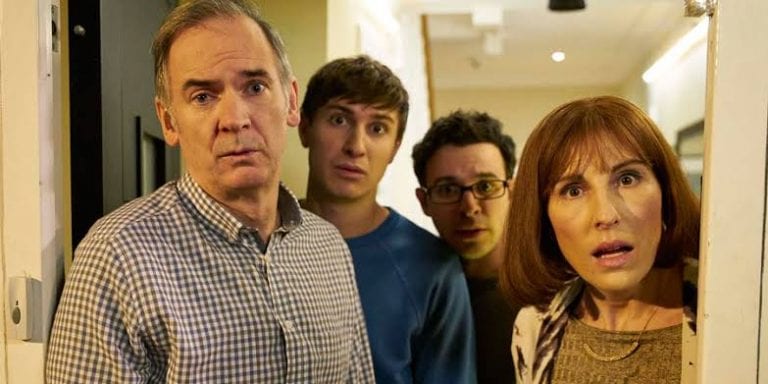 In this post, we are going to talk about Friday Night Dinner season 6 release date and updates. As we know, the fifth season was released in 2018, and fans were pretty happy to see their show back. The show has been making people laugh since 2011, using the family-friendly humor. However, the main concern here is whether there will be a sixth season or not.

Unfortunately, there has been no announcement from Channel 4 about the renewal of the show, and they have not even canceled the show. So, we will have to wait for them to announce the news about the future of Friday Night Dinner. I personally believe that the show would get renewed, except the situation, where main cast members decide to leave.

The fifth season received a little bit lowered number of views, although it accounted for 1.5 million as an average and crossed 10 million marks in 2018. The numbers are pretty impressive even if they slightly dipped than before. Nonetheless, if the show would get renewed, when will it release? We will have to see the record of the show to predict the release date of the next season.

The previous season aka 5 had only had six episodes and the finale was a quite a shocking one. It ended with a death, Jim’s (Mark Heap) dog Wilson was killed off! This led to major resentment issues amongst the fans; to think why the pooch had been killed off just like that. But Jim also plans to get another canine, so we’re thinking that should happen in Season 6 maybe. While there should be no doubt to how devastated Jim felt and hey, the Goodmans felt sorry for him too. And because we love Jim, there was an online petition for a spin-off series centered on Jim and Wilson! So as of now Channel 4 is everything but willing to shed some light on their plans.

Friday Night Dinner, the comedy first aired on 2011 and it quickly became one of its coveted shows. It won awards for featuring the best comedy artists like Bird and Tom Rosenthal as brothers Adam and Jonny. Back in 2016, in an interview Bird revealed that Friday Night Dinner could continue till Season 9 if director and writer Robert Popper was willing. Whatever happens, let’s hope we get to know about it soon.