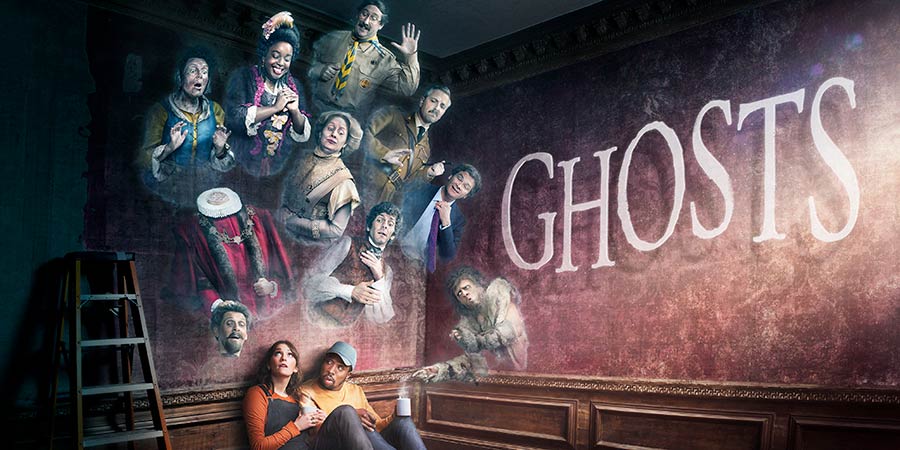 Ghosts was released on April 15 th 2019 by BBC One, a new comedy that airs on 9.30pm Britain time, this British comedy series is made by the producers of another hit show called Horrible Histories. Each episode of Ghosts will run for thirty mines and will air consecutively every Monday.

The show tells the story of a financially struggling couple who hope to buy their first house together, they are united in faith and move on, as the show unfolds the couple happens to think that their prayers had been answered when they inherit a lot of money and a house from a distant relative.

But soon does the couple realize that the house they inherited is haunted by the ghosts and phantasms of its old inhabitants. When the ghosts get hold of the couple’s intentions to turn the big old house into a blossoming hotel, they plot a scheme to get rid of the former couple. There are many ghosts in the series from an Edwardian age like a lady to a Caveman, so laughs are genuinely expected.

How many episodes are in Ghosts BBC 2019?

This series will run for six episodes every Monday on BBC One starting from April 15, 2019, with the final episode airing on Monday, May 20 th 2019.

BBC has not presented episode names, only synopsis for the first three episodes. Matthew Baynton and Laurence Rickard, who had work done in the hit show Horrible Histories by BBC and Sky One’s Yonderland. Keep checking back this website for more information on all of your favorite series.