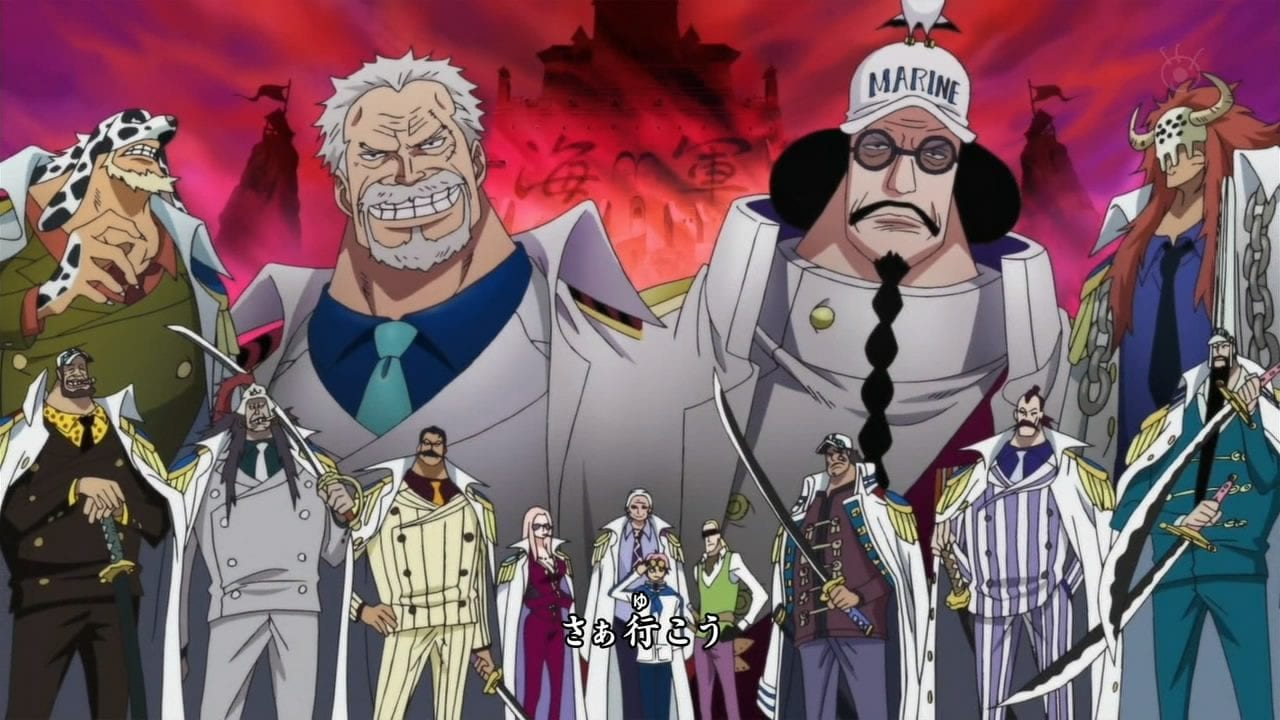 One Piece’s universe is balanced by the three great powers, one of which is the Marines. The Marines is the military branch of the World Government that they use primarily to hunt pirates. We’ve seen lots of Marines in One Piece so far, but some are stronger than the others, of course. In this post, we’ll be going over the strongest Marines in One Piece, so let’s get started! 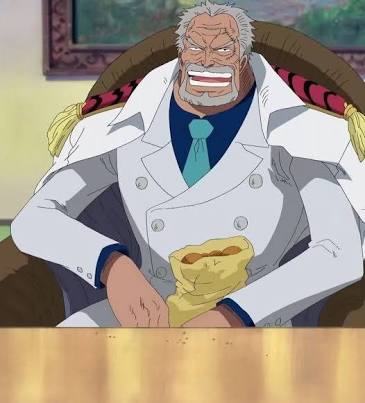 5. Kizaru
Kizaru is an Admiral in the Marines in One Piece. He’s a very powerful guy and his strength is evident from the fact that he took out the Worst Generation all alone at Sabaody Archipelago. Kizaru possesses the Pika Pika no Mi, which is a logia Devil Fruit. It allows him to create, control and turn into a light at will. Kizaru is also capable of using Haki. He can also use Ryuuou, which makes him very powerful.

4. Fujitora
Fujitora was elected as an Admiral via the World Draft sometime during the two-year timeskip. He’s an adept user of Observation and Armament Haki, and aside from that he also possesses a Paramecia Devil Fruit. Fujitora has the Zushi Zushi no Mi, which allows him to manipulate gravity at will. It is an insanely overpowered Devil Fruit. Fujitora was also proclaimed a beast by Doflamingo at Dressrosa. He was able to fight and defeat Jack the Drought with ease, and he also managed to stalemate with Sabo the Revolutionary.

3. Akainu
Akainu is the current Fleet Admiral of the Marines in One Piece. He is a very strong person, and his biggest feats include being able to stand his ground against an old, yet still powerful Whitebeard. Akainu is the user of Magu Magu no Mi, which allows him to control and become Magma itself. This Devil Fruit boasts an offense of the highest order. He can also use Haki.

2. Sengoku
Sengoku is the former fleet admiral of the Marines. He’s a very powerful character who has previously fought against characters like Shiki, and even Whitebeard and Roger. Sengoku possesses the Mythical Zoan Hito Hito no Mi Model: Daibutsu. This Devil Fruit allows him to turn into a giant Buddha and emit shockwaves. Sengoku is a legend from the old era, and he’s definitely one of the strongest characters in the series, ever.

1. Garp
Garp is the strongest known Marine to ever exist. He was dubbed ‘Garp the Hero’ for being able to subdue Rocks in the past, although he did have help from Gol D. Roger, and his crew. Garp also flights and defeated Don Chinjao in the past, and he was able to fight against Gol D. Roger as well. He’s unarguably the strongest Marine in One Piece.

So, who’s the strongest Marine in One Piece in your opinion? Let us know in the comments section below!