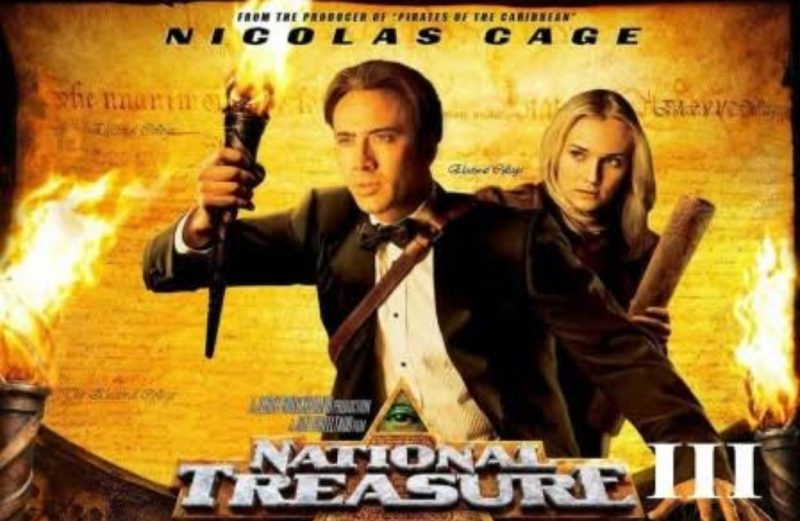 It is yet difficult to say if National Treasure 3 will ever get released. The movie was supposed to be a sequel to 2004’s Jerry Bruckheimer production. Nicholas Cage has played the role of a historian in the movie. The story revolves around his adventures of moving around the great nation to find clues in monuments and documents to find out the lost treasure. The movie also taught the audience about the history of the nation.

The movie can be regarded as a genius and had a sequel in 2007. There were discussions about having a third film in the franchise. However,  we have noticed a series of delays and yet the movie is not out of existence. There is a lack of pieces of evidence that guarantees the release of the third film. However,  a promising report has informed that Nicholas Cage is returning and the third installment is on its way. However,  questions were raised on the validity of the reports,  if they are true or just giving us false hopes. If it is really true, we might just have to wait a while.

There have been lots of delays and fake promises,  it has been a decade since the proposal was made. We could see small signs that point out to the existence of the sequel. The second part of the franchise was a huge success, with an earning of $458 million at the box office. This raised hope for the third film. Disney also bought the domain rights to NationalTreasure3DVD.com and NationalTreasure4DVD.com which further suggested that the third movie is on its way. However, both the domains went unregistered.