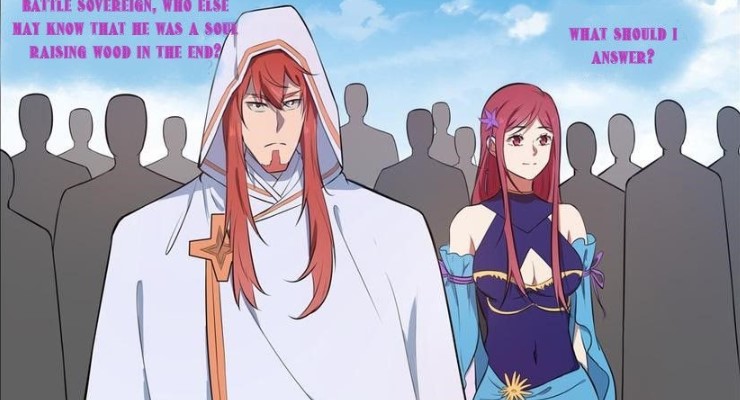 Apotheosis continued its daily Manga release later yesterday with the release of Chapter 403.5, which is simply a recap of the important events that happened in the latest chapters released. So it won’t be long before the next chapter is released again. So in this article, we will talk about Apotheosis’s latest chapter release schedule, where you can read the latest chapters as soon as they are released, and later on, we will take a look at the possible spoilers for the upcoming episodes.

Apotheosis follows the story of Luo Zheng, who, after he lost his family’s secret heirloom, was enslaved by his clan despite having the powers of the refining techniques that are able to defeat any opponent. This enraged him to a point where he burns his family’s records unleashing the hidden magic from the books. When the magic engulfs him, he became a new skilled fighter. With his gained skills, he fled his home and left his clan and went to learn how to harness his powers. His cousins went after him as he wanted to go and rescue his younger sister as she was also left within the hands of the Luo clan.

The latest Chapter started just when the strongest country lord in the Black iron divine country had just saved Luo Tian Xing’s life. Later on, he revealed that he was looking for the soul rising wood as he needed it to save Xun as soon as possible. Fortunately, Hua had it with him and wondered how Luo Tian Xing was able to tell that he had it with him. Luo was lost in thought on whether he should tell him of his inheritance of the will of the great thousand worlds or not as it was this ability that he used to find the soul rising wood

Apotheosis Manga is released on a daily schedule, and unlike the traditional black and white publication, Ranzai studio releases colored Manga. The latest release is currently in Chapter 403.5, and depending on which Manga site you use, you can get it within the same date of publication as some of the sites could be way behind schedule. Scans for this manga come out one to two days earlier than the official release.

Where To Read Apotheosis Manga

Apotheosis is a web novel but is exclusively available on some websites. Unlike ordinary Manga, it is not available on popular Manga websites. You can find new chapters of the Manga from websites like Isekaiscans and Mangadao, which are officially recognized in the Manga itself. So we advise you to use official websites as this will help the Manga creators with the promotion of their Manga.