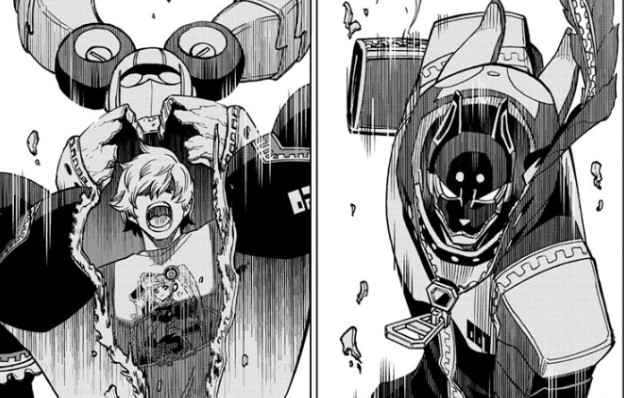 In this post, we are going to talk about “Zipman” in Chapter 5: Release Date, Raw Scans, and Spoilers. The latest release, Chapter 4 was released yesterday. So we will look at the release schedule for the upcoming chapters, where you can read the latest chapters upon release and later on look at potential spoilers for the upcoming episodes. Lastly, we will look at the Raw Scans updates for the released chapters as well.

Jackman continues his fight against Cutie Charm in the latest chapter of Zipman. Kaname was surprised as after he defeated Cutie Chan’s robot, a young boy emerged. As they were still talking about Cutie Chan’s intention, Kaname told the young boy that rampaging around town for no reason makes him Dark Cutie. Then Kaname and Koshiro’s partnership was formed with their next focus as working together to get Kosiro back to his normal body.

Zipman Manga is serialized on Shueisha’s Weekly Shonen Jump and releases new chapters on Sundays. With the release of Chapter 4, Zipman Manga creators announced that Chapter 5 would be released on the 6th of January 2020 as the Manga will be taking a break for the rest of the Year.

Where To Read Zipman Manga

One Piece Chapter 997 Spoilers – Zoro And Chopper To The Rescue