The New “Kong Vs Godzilla” Synopsis Stirs up The Internet! A New Summary from Monster Mash Movie’s Novelization!

Godzilla franchise has always been alive and, for a long time, has proven its existence decade by decade. So Marvel wasn’t the first one if we see. But yes, for rivaling the Marvel Studios and entering to create your own place in an era of cinema where franchises thrive, the Godzilla franchise had to reboot. So, it did, and the reboot came to success with the 2014 iteration for the Japanese Kaiju with Godzilla (2014). The new iteration of the Japanese Monster received a positive response from the fans and critics alike and led to the introduction of Godzilla’s own “Monsterverse.” The new universe of Godzilla so far has spawned three commercially successful movies in the form of Godzilla (2014), Kong: Skull Island (2017), and Godzilla: The King Of Monsters (2019).

What caught the audience’s eye was the way the new story was presented and the mystery of all the different kinds of monsters referred to as Kaijus throughout the film series. The scary monsters with their own unique backstories and myths and legends coming to life with amazing CGI and animation left the audience thrilled.

After the commercial success of the “MonsterVerse,” it’s no doubt the studios are continuing their plans, and a new entry set to release is Godzilla Vs. Kong, which is currently scheduled to come out on the 21st of May 2021. The story revolving around the next release of Monsterverse is not revealed yet. Still, recently, the movie’s novelization debuted a new synopsis that may answer a few questions about what we can expect from the coming monster battle.

Related: All Godzilla Movies Ranked: From Best to Worst!

The Official New Synopsis for “Godzilla vs. Kong” 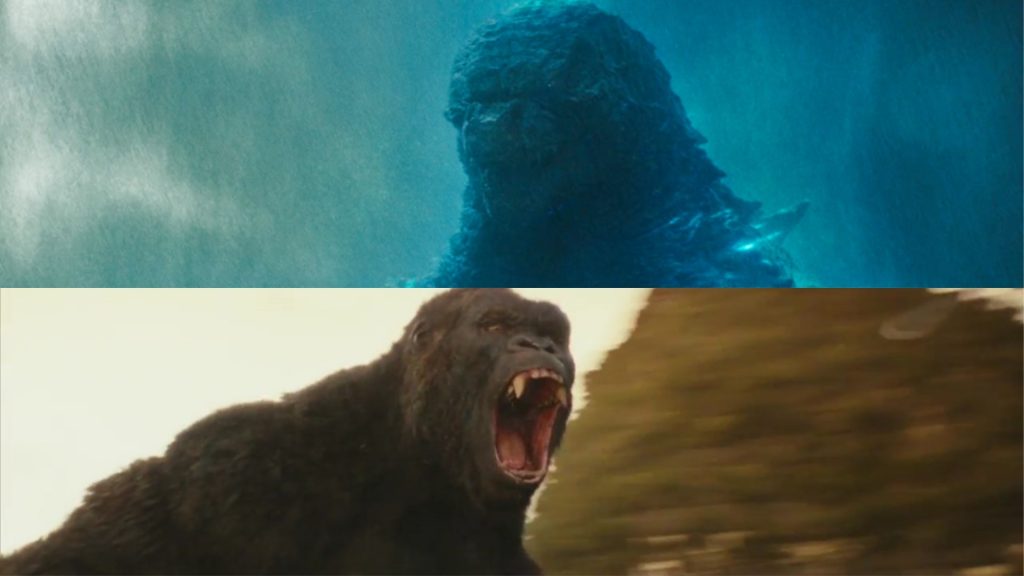 The new summary for Godzilla vs. Kong stirred the internet through a tweet from Kaiju News Outlet and talked about the upcoming monster mash movie. The synopsis had the fans talking and predicting what could the new movie lead to.

The new official novelization expressed how humanity is set to fight for its existence as the two monsters of nature collide and lead the world to a path of destruction. It seems that humanity now co-exists with the monsters, but the rivalry created between the existing monsters is set to stir up the situation where humans are left on their own to survive. The new summary quoted, “Humanity fights for its future as Godzilla and Kong embark on a path of destruction that will see the two most powerful forces of nature on the planet collide in an all-out war!”

A new summary and placeholder cover for the upcoming Godzilla vs. Kong: The Official Movie Novelization has been revealed. The paperback version will be released on May 25, 2021 for $8.99. pic.twitter.com/IQGPhxf2RD

Everyone Returning For Godzilla vs. Kong 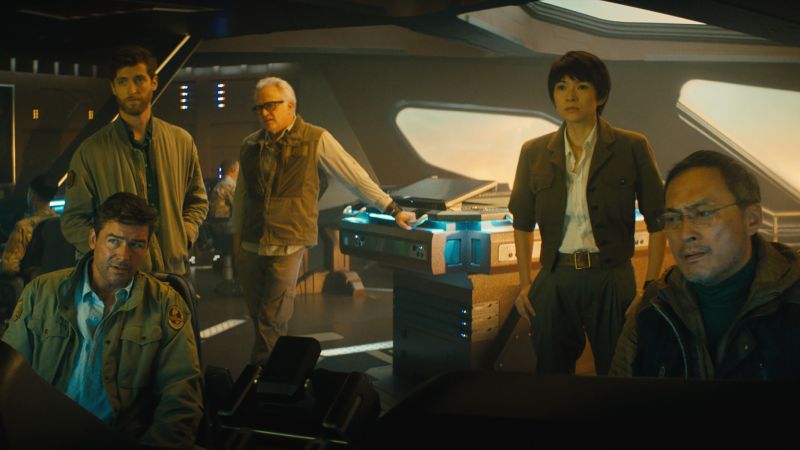 The new sequel coming right after the events of 2019’s Godzilla: King Of Monsters will see Millie Bobby Brown returning to reprise her role as Madison Russell. The other cast members returning for the movie will include Zhang Ziyi returning to reprise Monarch mythologist Dr. Ilene Chen and Dr. Ling, her twin sister. Kyle Chandler is also set to return with his role as Mark Russell, Madison’s father, in MonsterVerse’s Godzilla vs. Kong. We will also see new cast members, including Alexander Skarsgard, Rebecca Hall, and Brian Tyree Henry.

When Will Be Godzilla Vs. Kong Releasing? 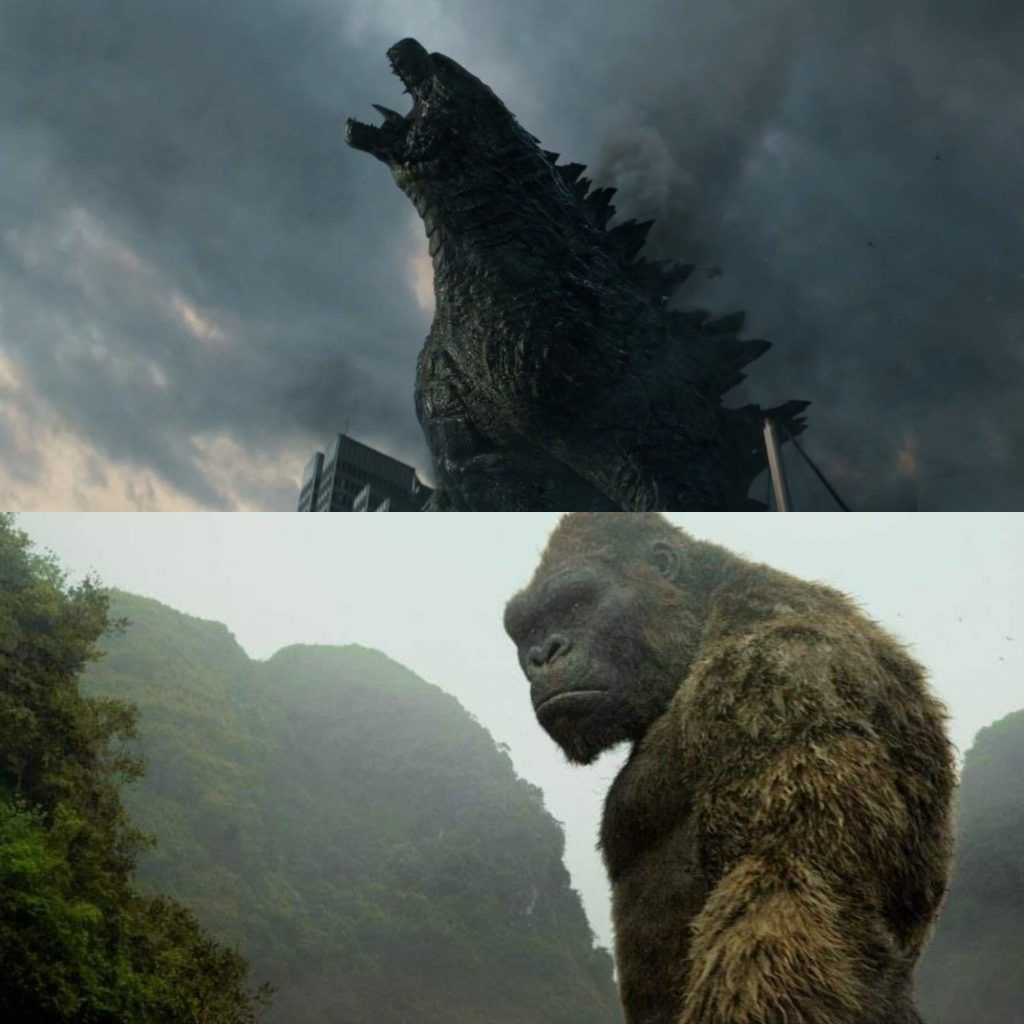 According to the plans of Warner Bros., Godzilla Vs. Kong will follow the same suit of having a release in theatres and HBO Max altogether on May 21, 2021. The Legendary Studios financed the most for the movie, and when these plans were introduced, it quite didn’t sit well. Legendary Studios even opted to file a lawsuit against Warner Bros. Still; now they are in negotiations with Warner Bros. for a $250 million payroll, which is very similar to the one offered by the rival OTT Platform Netflix for the streaming rights of the movie.

On the other hand, Legendary Studios also funded almost 75% of the budget for the adaptation of Dune. However, Warner Bros. is now planning not to consider the release of Dune on HBO Max and deliver a traditional theatre release for the film because of the arrival of Covid Vaccines. Warner Bros. believes the covid vaccine is now bringing a good number of audiences to theatres, so there is not much to worry about.

Godzilla vs. Kong starring Alexander Skarsgard, Millie Bobby Brown, Rebecca Hall, and Brian Tyree Henry will be arriving in theatres and HBO Max on 21st of May 2021. The monster mash movie is directed by Adam Wingard, while Eric Pearson and Max Borenstein write the script.

For more updates on the upcoming Godzilla vs. Kong and Monsterverse, Stay Tuned.

Showrunner Eric Kripke On The Boys Season 3, The Writer Says Writing for The Third Season Of Anti-Superhero Show Is “Fun And Breezy”

Ray Fisher Has Declared He Won’t Work With DC President Walter Hamada Anymore Or Any Of The Upcoming DC Projects!