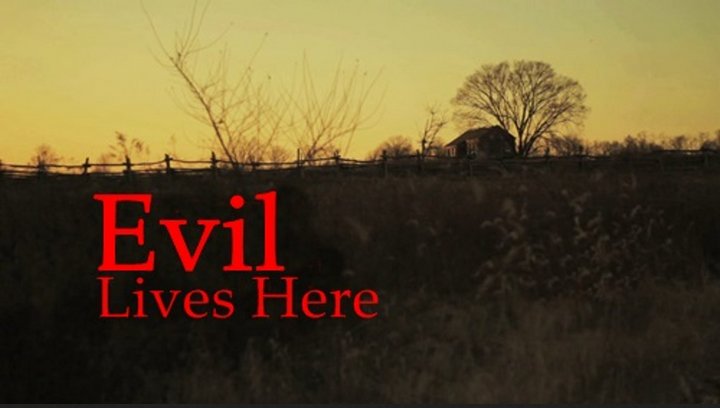 Evil Lives Here is an American docu-TV series which is telecasted on Investigation Discovery. It was first premiered on January 17, 2016, attracting instant global liking. Later the series is also added on other web streaming platforms like Netflix and Amazon Prime Video. The show is characterized by a 60-minute thriller talk session with a near relative of a murderer adding dramatic reconstructions in between comprising police footage, family photos, and videos, and grim confessions. A unique TV series as you would get, it takes your heart on a rollercoaster as they answer in detail the one simple question – What would you do if you find your near one a murderer of some other?

The most remarkable aspect of the docu – TV series is that it establishes startling relationships between Killer and his family and Killer and the society as a whole. The audience is challenged with their conscience as they get horror-struck with the accounts of the family members, sometimes even a lover. They not only reveal the emotions they went through when they realized a criminal in their home, but they are also chilled with the fact that they themselves could have been the probable victim. The show, which can even be construed as a psychological drama, makes it’s the audience privy to a unique experience and reveals a lot more than asked for.

The most remarkable aspect of the show is that the people in a killer’s life will still address the person, the criminal with love and affection. However, in certain cases where they near ones understand that their relationship was forged for a grand crime – the murder of someone you love, especially by a psychopath killer, then accounts turn horrific and chilling as well. No matter what the account is, the viewers are guaranteed to see the agents of crime from a different perspective – the perspective which is sometimes disturbing, but, most of the time, heartbreaking.

The TV series, as said earlier, include dramatic representations by professional actors. Some of them include – David Wenzel ( as Det Broderick), Hillary Hamilton (as Candace Sims), Frank Di Napoli (as Bishop), James Zeiss (as investigating detective), among others.

Each episode, the show presents a specific family of different killers with a new script of how he or she got caught by the agencies and, most importantly, by the family members. Hence, when Season 7 would arrive, it would include another fresh account in each episode with new killers, new agents, and new family members who have swallowed the old harsh truth – I lived with an agent of crime.

The docu – TV series Evil Lives Here has earned huge success in it’s earlier six seasons. Mostly, the creators launch a new season at the beginning of a new year as per the previous trend. Hence, calculating all odds, we can expect the accounts of distress and horror to hit our screens somewhere around January to February 2020.