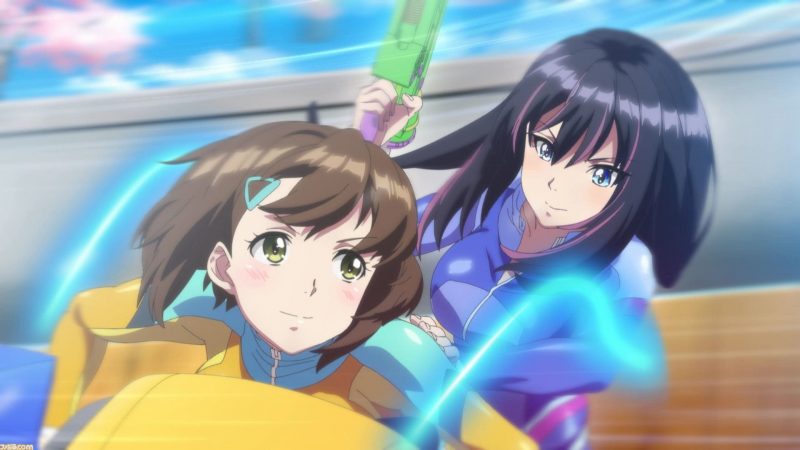 In this post, we are going to discuss the upcoming events of Kandagawa Jet Girls Episode 12; we will also talk about Kandagawa Jet Girls Episode 12 time, streaming, and spoilers.  Before we begin, please note this post may contain official spoilers from this anime series. If being spoiled is not for you, I suggest that you stop reading the post here. However, if spoilers don’t bother you, we can get started.

Recent episodes of Kandagawa Jet girls were boring. It’s getting boring after passing each episode. The story is now focusing on side characters, which makes the storyline quite tedious. All we can do is hope that episode 12 of Kandagawa Jet Girls will be interesting. Besides this, episode 12 is almost there, so let’s get starting-

In case you do not know what the anime, Jet Girls is about, let us explain the anime plot to you. Jet Girls is an anime about Jet Racing as it has become an extreme sport around the world, which is also very popular.  The ones who do Jet-Racing are called Jetters, as they pilot high-velocity watercraft and are paired with a shooter who blasts the opposite teams. The anime is focused on Rin Namiki, who is also a competitor in the Jet-Racing. Rin has a blood of a Jetter, as she aspires to become a legendary Jetter just like her mother, and after meeting the gorgeous Shooter Misa Aoi, it looks like our protagonist Rin’s dreams are finally in reach with a partner who shares her passion!