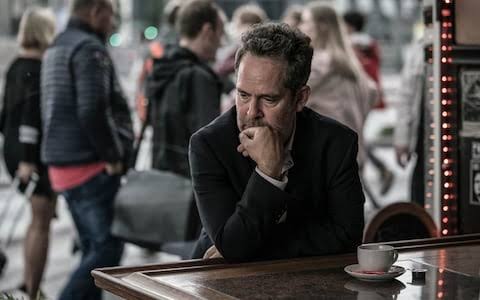 In this post, we are going to talk about Baptiste episode 3 where to watch, and spoilers. But before that, it is essential to know what happened in the previous episode to stay in the loop. So, those who have not watched the last episode and do not want to get any spoilers should skip the next paragraph and directly read thepart.

The previous episode featured the true colors of Edward Stratton, and Julien Baptiste could not believe what he discovered. Natalie told Baptiste about Edward that he works with the Romanian sex traffickers whom we have seen in the first episode. Then Edward is suspicious about Baptiste meeting Natalie which could lead to a big mess, so he goes to meet Baptiste. Baptiste acted like he does not know anything but Edward stole his car keys and tried to find where did he go before reaching there to locate Natalie. Natalie hid in a canal to save herself but eventually got her foot stuck in rope, and she drowned. So, let’s talk more about the upcoming episode.

The show is just two episodes deep into its first season, and the third episode is due this weekend. The third episode of Baptiste season 1 is all set to release on 3 March 2019. The show is broadcasted on BBC One channel as we know, at 9 PM every Sunday, in the UK of course. The next episode is titled ‘For Blood.’ Additionally, the show will also be available to be streamed online on the BBC app, and on all the other streaming service providers who provide live streaming to the BBC One channel.

The next episode will feature Julien facing Edward, but he will also have to save his family and will have to deal with extreme efforts to do so. Nevertheless, Julien is even supposed to face more problems as his past will come back to haunt his present life!