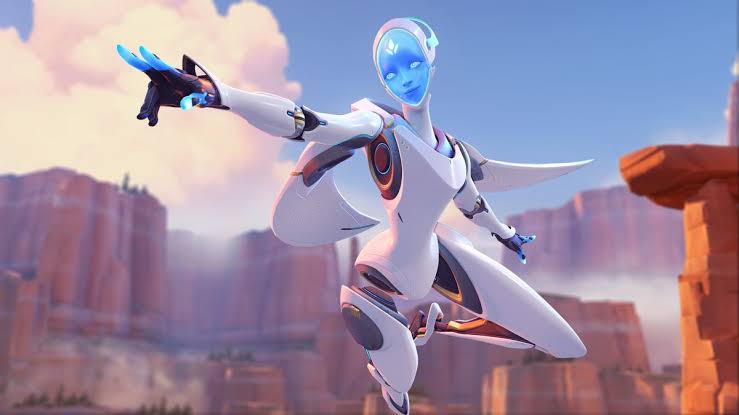 Overwatch is a video game published and developed by Blizzard Entertainment. Recently, a new character around which a lot of hype is surrounded was announced. This character is known as Echo. In this post, I’ll be giving you all the information you need regarding this new character of Overwatch and mostly importantly Overwatch Echo update will be discussed in this post. Before we begin, please note this post may contain official spoilers regarding this new character Echo. If being spoiled is not for you, I suggest that you stop reading the post here. However, if spoilers don’t bother you, we can get started. Also, note that we did not create the spoilers or leak them.

Now, that Echo has been officially introduced this character is available to play via Public Test Realm servers for Overwatch PC version but to everyone, the character is still unavailable.

The update of Echo for the full gaming consoles is yet to be revealed but it is known from various sources that this character will be freely available across all platforms in April 2020 which is next month. The official announcement of the official update is yet to be made.

So, what is this new hero Echo all about? What are his powers and abilities? Echo is a typical damage hero which seems invincible on paper. The character has very high mobility which is one of the best among all characters. The attacks of this new hero seem to be immensely powerful. Some of the abilities that we have seen Echo use so far are Tri-Shot, Sticky Guns, ability to freely fly in the air, focus beam, gliding ability, duplicate transformation, plus more abilities of Echo that aren’t revealed yet.

Here is the gameplay of Echo via IGN that you are bound to enjoy a lot.

So, what is the story of this character? Echo is a robot with extremely powerful artificial intelligence ability. Dr. Liao is the one who has made Echo, he wants Echo to help humanity and thus become a full-fledged member of Overwatch. Players are all excited to play Echo as soon as possible. Do mention your thoughts regarding Overwatch Echo update and Echo’s abilities in the comments section down below