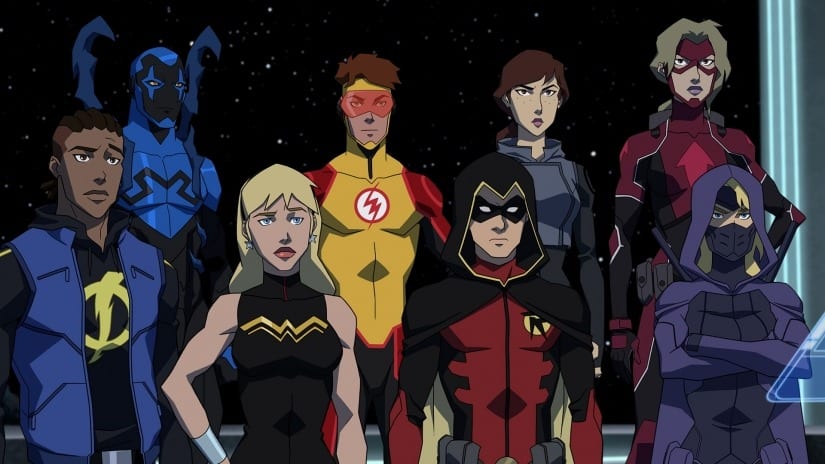 Young Justice released a teaser quite a while back in which they revealed that the title of the new season along with the update. The third season is titled, Young Justice: Outsiders. The show premiered on January 4, 2019. The show has a total of 26 episodes, and it was split into 13 episodes. The first half of the third season is over, and now the fans are waiting for the release of the second half.

According to the schedule from DC Universe, the rest of the 13 episodes will air sometime in June. The schedule was taken from the New York Comic Con. The fans are excited to see the great cast of the show back in action. There were an array of new characters for the third season. These are Troy Baker as Geo-Force, Jason Spisak (also Wally West) as Forager, Zehra Fazal as Halo, and Arrowette, Thirteen, and Spoiler.

The story of the series follows the young teenage superheroes of the DC Universe. The superheroes are brought up in a world full of supervillains and some huge secrets. The team faces its greatest task in the third season as they take on human trafficking and the threats that come along with it. The society is in deep peril as it caught amidst the threat of the genetic arms race.

The show has become really popular with the audience ever since its release. It has done extremely well for itself because, in this day and age where countless shows are being produced regularly, it is not easy to maintain quality and popularity.

We have been waiting for the show to return, but we already knew that it is not going to happen quickly. We were told that the show would return in June, although the actual update slightly differs from what was informed initially. The young heroes, or ‘Outsiders,’ are supposed to return to the small screens on 2 July 2019.

We are roughly three months away from seeing the story again, and it will be resuming where it left. Episodes 14, 15, and 16 will be released on the same day. Hence, get ready to see some fresh action from Young Justice, and we will keep you updated with further details.