Hachigatsu no Cinderella revolves around a Tsubasa, and she wants to start all-girls’ baseball team at Rigahama High. Tsubasa lets her enthusiasm take best of her emotion, and she charges onstage during the club exhibition gathering to make her call for members.

Although her homeroom professor supports her work and despite receiving two potential members in the form of super-shy Ukita and slightly-leery Nozaki, the student council is in constant opposition to the team. That’s not going to keep Tsubasa down, though – the girl’s nothing if not enthusiastic and devoted to her dream. 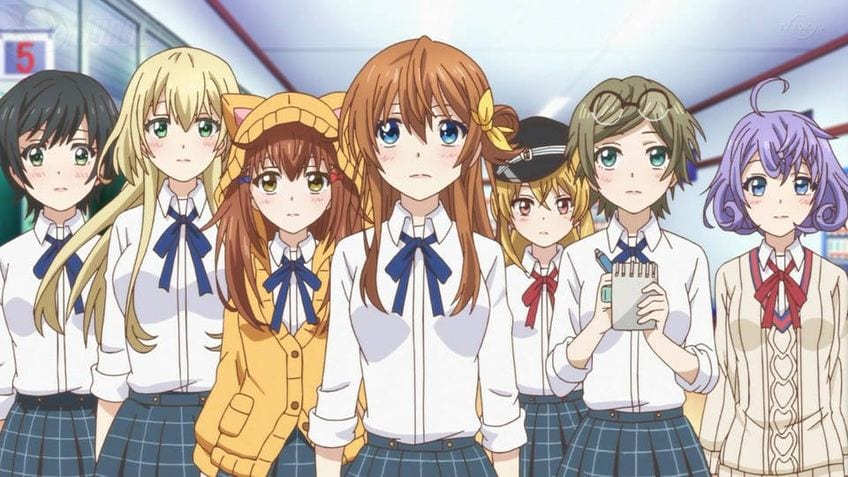 In Hachigatsu No Cinderella Nine Episode 12 we see a major twist as due to Yuki’s mistake, the team of Satogahama High was able to catch up in points. However, they still have a tie when it comes to the scoreboard, which means that the girls of Satogahama High have to support themselves more and keep pushing onwards and move to the top of the third inning.

On the other hand, Seijo High School’s Sayaka Jinguji is anxious. The original nature of Sayaka’s abnormal spirit lies in her sense of duty as captain, which is different from Tsubasa’s. When this irritation loosens up, the two teams line up as worthy opponents. The match proceeds under blue skies where the girls are all fired up and race for the white ball.