By Meshack Makungo
In News
on September 7, 20202 min read 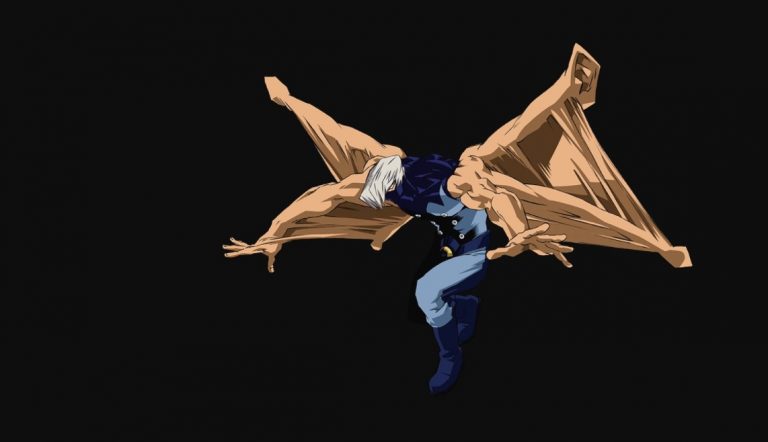 The students of UA are witnessing the destruction left by Gigantomachia with fear. Machia is heading towards his master Tomura Shigaraki. Cellophane asks Mezo Shoji if the Heroes are dead, and Shoji replied that they are too far away for him to know about them. Momo Yaoyorozu knew that the only reason Heroes aro not yet dead is that they were taken for granted. Majestic used his Quirk to help the students to move to safety.

In the present, Shemage asks if the sedative they gave to Gigantomachia should be working now. Meanwhile, Minoru Mineta who is known as Grape Juice asks if the sedative is working or not they did make the right decisions because from where he is standing, everything is a disaster. Back in Jaku, Kyudai Garaki is arrested by the Police Officers, but he kept on shouting only if  Heroes did not mess up, Tomura would not have been able to turn the tables by regenerating.

In this post, we are going to talk about the My Hero Academia Chapter 284 release date and recap. The intense battle is still going on let’s see what happens in this chapter today. Take a look at the weekly release schedule of this Manga below. Things have been changed on how this manga will release its new chapters.

My Hero Academia Chapter 284 will be released on Friday, 18 September 2020. This manga has just shifted to Friday release but soon it will go back to its usual way. Note that this post may contain spoilers of the next chapter, if you don’t like them you can skip them. Take a look at the recap and official way to read this chapter below.

Previously on My Hero Academia Chapter 283

Kyudai Garaki also told the police and Present Mic that Gigantomachia is a villain that lives and dies for the sake of his master. It is because of the Nomu that was modeled after him. Kyudai thinks that a king needs good, strong soldiers to serve him, and with Gigantomachia on the move, destruction can happen at any time. In the battle, Endeavor asks his son where he is coming from and he explains that he went to help Ryukyu and the other Heroes.

He unleashes his powers and covers Endeavor with ice to help him cool off. At Eraser Head’s position, Manual and Rock Lock are trying to stabilize Eraser Head’s severed leg. Rock Lock orders Deku to run and he refuses. Tomura said that it is time for everyone to die while his body rips and keeps on bleeding. Deku saw that Tomura is badly injured and Tomura becomes confused as to where this injury came from considering he can use Super Regeneration again. Tomura asks Deku what today’s date is.

Deku also realizes that Tomura’s body isn’t able to keep up with All For One’s incredible power. It is the same as his early experiences with One For All; this is due to Mirko damaging his capsule when he was at 75 percent. Tomura tries to use his Decay Quirk again to kill everyone and he is surprised by Deku who jumped and uses his Blackwhip to save everyone. Gran Torino realizes that Deku is using Nana Shimura’s Quirk: Float. Deku promise Tomura that now he is going to finish him once and for all.

Read this Nabga officially on VIZ Media and Shueisha’s Manga plus official platforms. Raw scans for new chapters are released 2-3 days before their respective chapters are released. To support the Manga creators and publishers, we advise you to read the digital copies from their official websites and apps.